Randy Cohen, Vice President of Research and Policy, Americans for the Arts 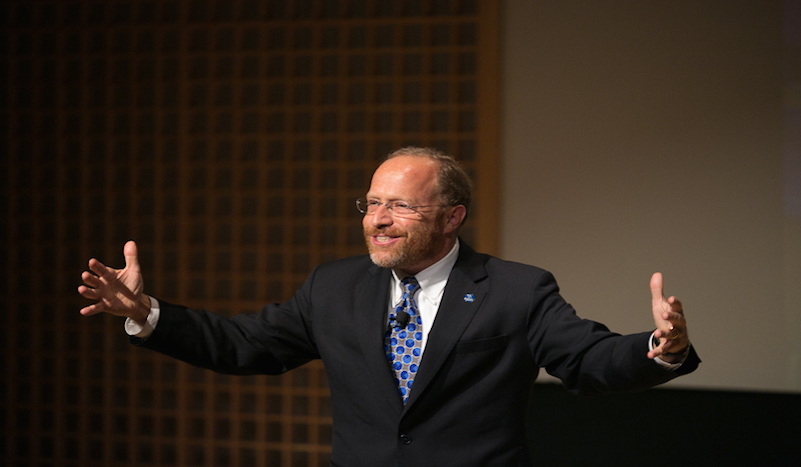 Randy Cohen's tireless efforts in the fields of arts funding, research, policy, and community development have earned him plaudits from arts organizations across the country. Cohen is the editor of the National Arts Index, an annual report on the state of the arts in the United States, along with two other economic publications on the arts industry: Arts & Economic Prosperity and Creative Industries. He is no stranger to Utah in January either, having worked with Robert Redford and the Sundance Institute on developing the National Arts Policy Roundtable, an annual summit that brings together leaders who focus on the advancement of American culture. Cohen spoke with BoxOffice ahead of his keynote address at Art House Convergence.

What was the effect of the recession on non-profit arts organizations in the U.S.?

The "Great Recession" caused huge hardships for non-profits everywhere, and especially for non-profit arts organizations. They saw declining revenues, declining audiences, declining contributions...it was a really tough go and we certainly saw some thinning of the herd as well, some organizations weren't able to make the turn. Arts organizations have been a little slower coming out of the recession than the rest of the economy overall. 2012 was when the fortunes started to change for our industry. A lot of it is driven by the economy, which helps drive philanthropy and consumer confidence -if people are worried about losing jobs and houses, they hold back on things that are not necessities. That was one of the major challenges we were up against.

What sort of factors, whether they be political economic or within a community, enable nonprofit arts organizations to thrive?

The state of the overall economy correlates with a healthier sector, but there were arts organizations even during the recession that did thrive. It's really about how well we're connecting with a community, how well we're connecting with our audiences. The research is pretty clear about how audience engagement is changing. People are looking for more active participation versus a passive kind of experience; that business model where you have an eight o'clock curtain, put on a show, and kick them out the door they came in afterwards -that's struggling in a lot of places. Some arts organizations are letting people see what's going on behind the scenes a little bit, getting more personally involved with their community. Arts organizations need to keep up with how their audiences are changing. Look at what happened to the music industry, it's been completely turned on its head -not just non-profits, of course. Over the last dozen years the number of music and CD stores in this country has dropped around 50 percent. Remember Tower Records? Gone. People haven't stopped listening to music; 45 percent of the industry revenue now comes from digital downloads. Technology is having a big effect. The National Opera went out of business about a year and a half ago in Washington D.C. -Placido Domingo was their artistic director. Are Washingtonians just not invested in opera anymore? Maybe, maybe not  -the opera folded into the Kennedy Center- but twice a year the baseball stadium hosts what's called "Opera in the Outfield" and they do a live simulcast on the big screen and it's hugely popular. You start to hear about more and more of these kind of examples and you find that the arts aren't in trouble so much, but maybe some of the traditional delivery mechanisms are.

Engaging an audience can be a huge challenge, especially for cinemas -where marketing plays such an important role. What have you seen as being effective ways to drive in community interest in the arts?

A big part of it is bringing the arts and the culture to where the people are instead of just expecting to put up a season and hoping people show up. Are there different kinds of venues? Can we bring the product closer to the people? The demographics of our communities are changing rapidly. We need to think about how well our arts organizations are connecting to the different racial and ethnic groups in our communities. Folks want to participate, folks want to engage. I think there's so much competition for the audience's time and wallet that we have to make ourselves ultra-relevant to their lives. That can mean changing with the diversity, or addressing the different segments of your community and dealing with the important issues of our communities. It's also connecting with other segments and other leaders in the community; how are our arts organizations connecting socially, educationally, and economically? An institution can't be an isolated island, you can't have an isolationist strategy because everyone will leave you alone. I always think in terms of, how do we make the arts unavoidable in our communities? And we can do that with all the art forms, and that's what engages people -when they participate and experience the arts, and then they want to get more of that. That's when the transformation takes place: when a person attends or sees something -a museum exhibit, or a play, or a film- and you walk out and think about life a little differently. The research shows that the more of those kind of experiences you have, the more you become a cultural omnivore.

You follow and track a variety of different arts organizations. In your view, what role do cinemas play in the cultural life of a community?

Cinema is one of our fundamental components of a healthy cultural community, it's not an extra by any means. It's an art form that can be taken so many places. We're finding that people want to create personally, they don't want to just attend -they want to be a creator, too. With technology now, film is just so accessible -probably the most accessible art creation-form that's out there after pencil and paper. A lot of us have telephones, a lot of us have computers, and we can create. It makes film and cinema central to our communities because it provides a great cultural product that we can attend and be creators of. If we want to stay relevant to our communities, if we want these vibrant art-houses and cinema organizations, these are the things we need to do. When you're relevant, you have audiences and earned income, and that's also the key to contributor dollars as well. If nobody is walking through your turnstiles, good luck getting those public and private sector dollars.