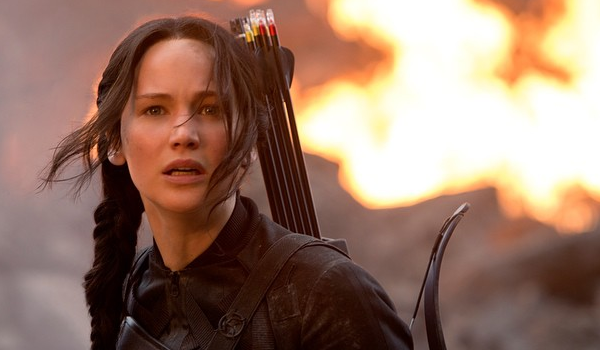 What became seemingly inevitable over the holidays finally came to fruition on Wednesday: The Hunger Games: Mockingjay - Part 1, with an otherwise anti-climactic daily gross of $106,407, overtook Guardians of the Galaxy as North America's top domestic grosser of 2014. The former's total now stands at $333.18 million -- topping the latter's most recently reported tally of $333.17 million.

Why, nearly one month into the new year, is this newsworthy?

For starters, it's the first time any franchise has ever "won" back-to-back box office years. For all the Harry Potter, The Lord of the Rings, Star Wars, Twilight, and superhero movies out there, Katniss Everdeen is the first iconic character to champion two straight calendar victories. (Of course, scheduling, competition, and a bevy of other factors weigh in here... but that's beside the point.)

By extension, it's also the first time any studio has won back-to-back years in the modern box office tracking era (an impressive feat for the recently-minted seventh major studio, Lionsgate).

BoxOffice previously analyzed the full perspective of what Mockingjay - Part 1's top annual ranking could mean before the film's release last November. The penultimate franchise chapter may have fallen somewhat short of many industry expectations, but that's a minor footnote against an otherwise impressive accomplishment. Nothing is taken away from Guardians' spectacular run either.

For what it's worth, this is the second straight year the Hunger Games franchise upset Disney and Marvel for the top domestic spot (Catching Fire led the way past Iron Man 3 in 2013). Will the story repeat again for 2015 as Lionsgate closes out its biggest success to-date come November? Possibly, but we're fairly confident Disney's Star Wars: The Force Awakens and Avengers: Age of Ultron will have something to say about that.