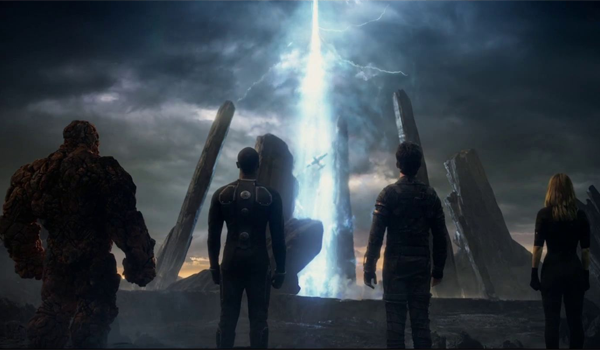 Like so many reboots these days, online enthusiasm for the film has been muted up until now. Most of 2015's big films -- especially summer releases -- launched trailers in late 2014, leading many to wonder why the Fantastic do-over was missing from the pack. Fandom's wait for a first look is now over, and early reactions to this first teaser are encouraging as it establishes a more ominous and dramatic tone lacking in 2005 and 2007's original flicks (which catered heavily toward young audiences).

Speaking of the original films, they tallied solid domestic box office runs of $155 million and $132 million, respectively. Globally, the first two pics averaged around $300 million each.

Expectations for the reboot point to a similar target range, perhaps even a bit lower. The cinematic landscape has dramatically shifted in the last eight years thanks to the explosion of superhero adaptations in the interim. Unfortunately, regardless of how well The Fantastic Four may turn out, that means demand for another iteration of this team isn't very high among the masses right now.

That being said, Fox wisely sought after up-and-coming talent to produce this film -- meaning a much lower price tag. If they can avoid the marketing cost pitfalls endured by the two Amazing Spider-Man reboots, and if word of mouth prevails, Fox and Trank have a solid base to build their new series upon. The strategy here is similar to the one employed by the studio with 2011's X-Men: First Class, a very-well received modest box office success that creatively reinvigorated a sliding franchise.

The Fantastic Four is currently slated to open on August 7, three weeks after Disney/Marvel's Ant-Man and one week after Paramount's Mission: Impossible 5.