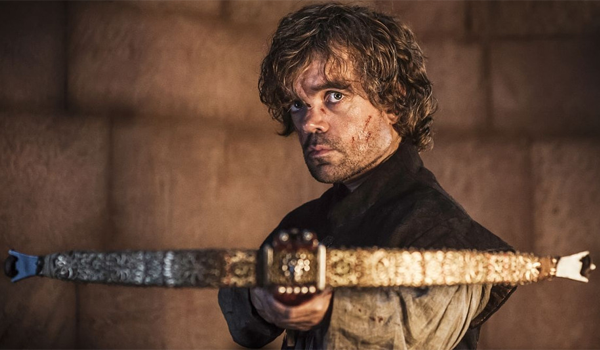 This weekend, Game of Thrones makes history as the first television show to ever be presented in IMAX theaters.

Popular opinion offers that we're living in a new golden age of television, thanks to empowered writing and production teams, competitive budgets, and the advent of streaming content.

Simultaneously, the theatrical experience is evolving on its own as premium formats like IMAX aim to give audiences new reasons to visit the cinema. A common debate lately focuses on how the current business model of theatrical exhibition can be sustained when patrons are, supposedly, more apt to watch movies at home and on their mobile devices.

That debate often misses the forest for the trees, though. As Warner Bros.' Executive Vice President of Domestic Distribution Jeff Goldstein observes, "it's all about content."

Emmy-nominated Game of Thrones is a monumental success for HBO, one that surpassed The Sopranos as the most watched show in the cable channel's history. As recently as last season, it crossed 20 million viewers and moved closer to overall viewership numbers of the current network champion among the coveted 18-49 demographic, AMC's The Walking Dead.

With Thrones' IMAX announcement, fans began scooping up tickets at an increasing rate (crashing the exhibitor's website in the process). Early indications point to Thrones' 200-theater one-week run becoming a box office success, but how much of one?

The closest and most recent comparison may be Doctor Who, although with plenty of asterisks. In November 2013, the iconic BBC franchise celebrated its 50th anniversary by presenting the celebratory feature-length episode as a one-night-only event in 660 North American theaters. The result was a stunning $4.7 million haul, enough to make it the number-two film at the box office that day (trailing only The Hunger Games: Catching Fire). Its global haul sailed north of $10 million.

Mind you, that special episode had already aired on BBC America two days prior. Fans turned out anyway. After all, sporting events, concerts, operas, comedy specials, and classic series have successfully made the leap to the big screen -- why would a popular TV show be any different?

Doctor Who's litmus test in conventional theaters was a resounding success, so it follows that the next experiment ventures into IMAX territory. Incidentally, Game of Thrones author George R.R. Martin has hinted at the possibility of his beloved series one day transitioning to a theatrical finale after the show's HBO run concludes. Now, he's getting an early preview of what that might look like.

In the case of Thrones, the IMAX run is spread out over a full week in one-third the number of theaters Doctor Who played in, with multiple shows per day, and features two episodes (the final two of last season) that have been readily available for viewing since last summer. If opening weekend can exceed $1 million given those conditions, the feat would be more than notable.

Looking ahead, we may not be far from season premieres and finales receiving the theatrical treatment. Take hits like Thrones and Walking Dead: if just five percent of the latter's 17.3 million season five premiere viewers bought tickets for a pivotal episode screened in theaters, it would easily net over $10 million at the box office (that's using a standard "event" price of $15 or more).

Debut that season premiere in theaters *before* its television airing, and the numbers would likely go higher. Make it a nationwide release, and we could be talking $50 million or more in gross sales for large-scale episodes that cost, in Thrones' case, around $10 million (an anomaly as most television shows are produced for far less).

Granted, there are plenty of licensing and rights issues to overcome before such a scenario can play out, and networks have no desire to lose ad revenue streams. Still, there's a template forming between the sister industries. It only makes sense to expand the number of options by which audiences view their favorite movies or shows. "The consumers demand it, and to tell them they can only see it 'this way' discourages fan enthusiasm," says Goldstein.

That philosophy has been a boon for on-demand and streaming services Netflix, Amazon, and Hulu, but as the evidence is beginning to show, it's one that the movie industry can also adopt in turn. Regarding the increasing level of competition faced by theaters today, Goldstein notes, "every house has a kitchen, but you still can't get a seat in a restaurant on Friday night."

Indeed, fans will be filling up IMAX auditoriums in the coming days as they dine on a feast of Thrones.