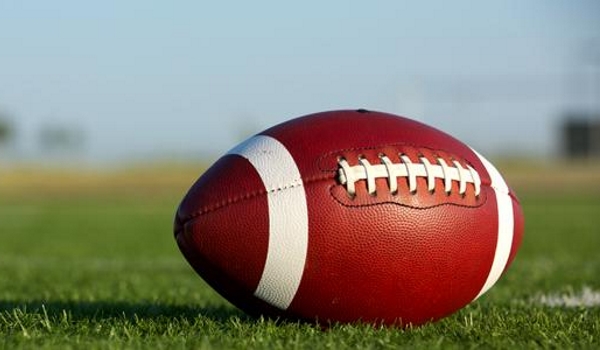 This year Super Bowl ad time went for a cool $4.5 million for 30 seconds. Despite that crazy high number eight films chose to show trailers during the big game: Jurassic World (which actually bought two slots - so a cool $9 million there), Furious 7, Tomorrowland, Minions, Fifty Shades Of Grey, Ted 2, Terminator: Genisys, Pitch Perfect 2. That is over $40 million dollars into the network's pockets from Hollywood, not a bad payday from one sector of the economy at all.

It didn't stop there though, a number of films also chose to air pregame trailers including: Avengers: Age Of Ultron, The Divergent Series: Insurgent, Hot Tub Time Machine, Seventh Son, Kingsman: The Secret Service, The SpongeBob Movie: Sponge Out Of Water, Inside Out to name a few. I won't spend much time on them in this column as I can only cover so much but its clear that it was a massive day for the box office prospects of 2015 in general.

Its difficult to guage just how much extra (or potentially less) dollars a title will make because of its spot but what is clear is that the Super Bowl has an audience of over 130 million worldwide, and with studios focusing more and more on International revenue its no wonder they were all clamoring to buy up available airtime during the game. In fact, certain pundits have pointed out that the Super Bowl airtime is actually a bargain even at $4.5 million for 30 seconds. How you might ask? Well given the level of viewers that works out to roughly $0.04 cents a viewer, which is about half the price of YouTube or Facebook.

This year I decided to look at three factors to figure out just how effective these ads were: Twitter Tweets, Facebook like increase from Saturday to Sunday and lastly the 2015 USA Today Ad Meter poll (basically a huge focus group who votes on which ad they liked best). I then took an average of their rank for all three to come up with my overall grade.

Probably to few people's surprise Jurassic World came in at number 1 for all eight films, leading both the number of tweets and USA Today's Ad Meter poll amongst the other films. Its Facebook number was a little soft (it ranked 6th), but considering that its reusing the old Jurassic Park page which already has over 5.6 million likes this isn't a huge concern. I've said it before but the Jurassic Park franchise has held the opening weekend record for over 6 years between the first and second film and has spawned billions in spin off revenue. Its a winner, and yes the third film was a relative dud but by bringing in Chris Pratt (aka Hollywood's hottest star right now) and going all out with its marketing spend this is a box office dollar atom bomb waiting to explode.

Everyone's favourite inappropriate stuffed animal tied with the speedy Furious 7 in my rankings at 3.33. I'd give the nod to Furious 7 simply because it was more consistent across all three measured metrics (3rd, 3rd, and a 4th), while Ted 2 just rocked Facebook the hardest (it was 1st overall there) which brought its number up greatly. Tom Brady's appearance in the Ted commercial also particularly helped it on Facebook it seems. Regardless, these both have performed exceedingly well on social media, especially on Facebook where both are among the most liked active film franchises ever. Furious 7 should be the biggest of the entire franchise given the trajectory of recent films and also, unfortunately, as fans will likely come out in droves to say goodbye to one of the franchise's mainstay Paul Walker who sadly died in a car crash while the film was still in production. Ted 2 has a few more questions surrounding it and if it can match the huge opening and total of the first film which was one of 2012's top 10 box office earners at $218 million. Based on these numbers its hard to argue that its going to not open to $50 million plus like the first one, though its legs and overall total might suffer depending on how well received it is by critics and fans.

Fifty Shades was also a notable hit, coming in #2 for both Twitter and Facebook tweets/likes on the day. Perhaps surprisingly it was the worst reviewed film on USA Today's Ad Meter with just a 3.95 average rating, clearly not connecting with their users as it did with other social media sources. Ad Meter is a statistically significant and representative sample of the entire population supposedly (whereas Facebook and Twitter skew younger and female) so perhaps this is an early sign that this is not going to be as big as some speculate? A bad Ad Meter score is definitely not a kiss of death (just look at last year when Transformers: Age Of Extinction was second last and still made $250 million), but it does raise some questions about how wide of an appeal it will have or its staying power after opening.

Middle of the road here for the Minions with its Ad Meter score being the best of its three metrics, coming in second overall. It has been slaying it on Facebook in recent months so I was a little surprised it didn't do better there, but with over 27 million likes in total its not like its hurting by any means. Add to all this the fact that a huge part of its audience are kids who are outside of all three of these measures.

Struggled to really break out, doing its best on Ad Meter surprisingly, the same source which panned Fifty Shades which is what makes me believe that it wasn't just that Ad Meter had a bunch of men voting that Fifty Shades performed poorly. I was a little surprised to see this having a Super Bowl ad to be honest considering the first film cost under $20 million, even if the budget here is double it means they blew 10% of their entire production cost on 30 seconds of ad time. The first film was such a cash cow though I think they are willing to roll the dice here to help ensure similar returns.

No two ways about it, this struggled badly. Facebook was its best performance where it ranked third, but it was dead last on Twitter and second last on Ad Meter. The Terminator franchise has spawned some big hits but also some relative duds and it would appear as though this is on its way to being classified with the latter.

Whereas Terminator: Genisys struggled this flat out bombed in terms of its reception yesterday. Its average rank of 7 out of 8 about says it all all with some pretty alarming stats for Facebook where it rose just 2,382 likes despite having under 25,000 total likes. Interest here was very very low and they really need to pull back the curtains a bit to reveal more of the plot because people aren't biting on what little is being fed to them.