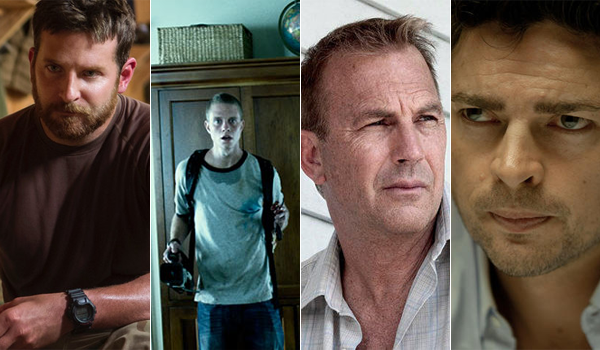 Thursday Report: American Sniper added $2.27 million on Wednesday, off just 40.5 percent from the same day last week. The blockbuster biopic has earned $255.6 million domestically, putting it 44 percent ahead of the pace of Gravity and 4.5 percent behind The Passion of the Christ at their respective points in wide release.

Black or White took in $0.52 million yesterday as it continues to show healthy holding power after opening weekend. The drama's six-day total is $8.0 million.

The Boy Next Door was down 44 percent from last week to $0.47 million in fourth place on Wednesday. Its 13-day cume stands at $26.3 million.

The Imitation Game filled out the top five with another $0.46 million -- easing 16 percent from last Wednesday, and giving it a total of $69.3 million to-date.

Project Almanac moved down to sixth place as it grossed $0.44 million on Wednesday, putting its six-day haul at $10.0 million. Unfortunately, the teen-targeted film hasn't caught on like former Super Bowl weekend openers in recent years.

Warner's American Sniper grossed $2.92 million on Tuesday to lead the daily box office for 19th straight day. The blockbuster Clint Eastwood directed film starring Bradley Cooper was up 11 percent over Monday and down 42 percent from last Tuesday. American Sniper surpassed the current total gross of fellow Warner Bros. release The Hobbit: The Battle of the Five Armies on Tuesday to become the fifth highest grossing release of 2014 domestically thus far. In the coming days American Sniper will zoom past both The Lego Movie and Captain America: The Winter Soldier to move into third place among 2014 releases. American Sniper has grossed $253.32 million after 19 days of wide release.

Relativity's Black or White had a very nice hold on Tuesday as it was up two spots and an impressive 50 percent over Monday's performance to move into second on Tuesday with $0.777 million. The drama starring Kevin Costner and Octavia Spencer has grossed $7.51 million in five days, which is towards the higher end of the film's modest expectations. Given its daily holds thus far (as well as its A- rating on CinemaScore), it appears that Black or White is going over much better with moviegoers than it has with critics.

Project Almanac was down one spot from Monday to land in third with $0.675 million. The low-budget sci-fi thriller from Paramount increased 15 percent over Monday. Project Almanac has grossed a significantly softer than expected $9.57 million in its first five days of release. That places the film a very disappointing 57 percent behind the $22.25 million five-day start of last year's Ouija.

The Boy Next Door was up one spot and 42 percent over Monday to claim fourth place with $0.666 million. However, Universal's low-budget thriller starring Jennifer Lopez was still down a sizable 46 percent from last Tuesday. The Boy Next Door has grossed $25.81 million in twelve days, which is in line with expectations and very solid given the film's low production cost.

Sony's The Wedding Ringer fell two places from Monday to round out Tuesday's top five with $0.646 million. The modestly budgeted comedy starring Kevin Hart and Josh Gad was up 22 percent over Monday and down just 34 percent from last Tuesday. The Wedding Ringer has grossed $49.31 million in 19 days and is set to surpass the $50 million mark on Thursday.