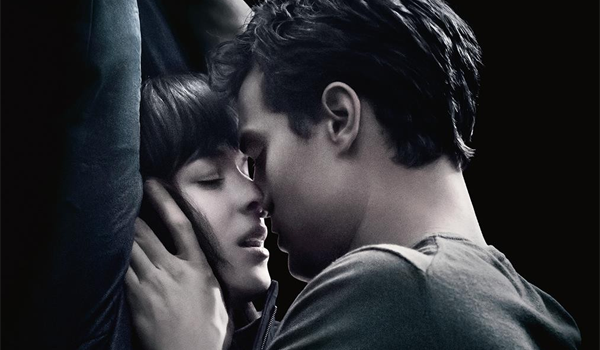 Wednesday Update: 2015's already delivered one box office phenomenon, and this Valentine's/President's Day weekend is poised to offer up the next one -- as well as a new franchise for Universal and Focus Features.

The highly anticipated Fifty Shades of Grey adaptation is eyeing several potential records over the course of its extended four-day opening, not the least of which is Valentine's Day's $63 million reigning benchmark for the double-holiday weekend. A bevy of factors further indicate Grey will post one of the biggest R-rated bows in history -- this not long after American Sniper scored the second best mark ever in that category with $89.3 million last month (trailing only The Matrix Reloaded's $92 million record set nearly 12 years ago).

Fandango recently reported that Grey had become the fastest-selling R-rated film and the fourth-best advance ticket-seller among all movies in the company's history. Meanwhile, MovieTickets.com notes weekend sales are impressively spread out beyond just Thursday and Friday (in large part due to Valentine's Day landing on Saturday this year).

Likely, and understandably, conservative in their expectations, Universal is forecasting an opening "north of $50 million". That would put Grey in the range of the first Sex and the City ($57 million) and ahead of Magic Mike ($39 million), but at the rate buzz continues to build, the benchmarks are rapidly moving higher.

Every now and then, a perfect storm of exposure and interest helps a film tap into the cultural zeitgeist. As a book series, the Grey trilogy's 100 million+ in global book sales rival that of where Twilight stood (approximately 120 million) prior to the release of its 2011 penultimate chapter, Breaking Dawn - Part 2. That's fitting given that Grey author E.L. James based her trilogy on a series of Twilight fan fiction stories. That alone has created a large crossover between Twilight's and Grey's target audience. For the record, the former franchise saw three films each bow to $138 million or more in their opening (three-day) weekends.

James is looking to become part of an ever-growing crop of female authors who've seen their work adapted into blockbuster films -- Twilight's Stephanie Meyer, Gone Girl's Gillian Flynn, The Hunger Games' Suzanne Collins, and of course, Harry Potter's J.K. Rowling, to name a few. This is no accident in an evolving movie industry trying to meet the demand for high-profile films aimed at female audiences of varying ages. When that demographic expands to include men as "date night" patrons, or "girls' night out" celebrations, big box office numbers follow. That's definitely a factor for Grey considering Universal's brilliant strategy to open a wildly popular erotic thriller over Valentine's Day weekend.

A keystone for any film hoping to succeed is a killer marketing campaign, and Universal knocked this one out of the park. Fifty Shades' trailer was dubbed the most watched of last year, with some reports claiming it to be among the most-watched trailers of all-time. R&B superstar Beyoncé was even tapped to remix her hit song "Crazy In Love" for the film's soundtrack, becoming a notable success in its own right.

Further playing into Fifty Shades' burgeoning interest is the controversy behind its sensitive subject matter. After all, and to be blunt, curiosity and sex sell -- even, and perhaps especially, to those who are reluctant but simply want to know what the fuss is all about.

Albeit in a very different context, The Da Vinci Code similarly rode a wave of controversy and became a box office smash following years of heated debate over the fictional book's religious implications.

Ultimately, these many elements have combined to drive stellar social media activity. Twitter exploded in recent weeks as Grey's overall tweet volume steadily caught up to that of The Hunger Games: Mockingjay - Part 1 during comparable points before release. As of this week, Grey's approximate 325,000 mentions were only 11 percent behind that franchise blockbuster's tally (and more than six times that of Gone Girl).

On Facebook, Fifty Shades' official page has registered an outstanding 8.3 million fans through February 10 -- seven times more than the book's own official page.

Wherever Fifty Shades of Grey lands, the weekend box office as a whole is eyeing records of its own. Fox's Kingsman: The Secret Service has been tracking well following a solid marketing campaign, a counter-programming strategy, and positive critical reviews. Additionally, the film's early overseas release has helped the graphic novel adaptation build encouraging online word of mouth. Kingsman looks set for a strong four-day domestic opening north of $30 million.

Not to be forgotten are The SpongeBob Movie: Sponge Out of Water and American Sniper. The former comes off a surprising $55 million debut last weekend, while Sniper's own blockbuster status has continued to generate strong legs. With something for everyone on the big screen, this President's Day weekend will easily be the biggest since 2010 when Valentine's Day, Percy Jackson & The Olympians: The Lightning Thief, The Wolfman, Avatar, and Dear John combined for a record $184 million between them. The top four films will almost certainly exceed that by themselves this President's Day/Valentine's Day weekend, giving it a shot to top 2010's record $239 million four-day total market haul.

Stay tuned to BoxOffice in the days ahead for further reports as Fifty Shades of Grey and Kingsman: The Secret Service hit theaters.

The Fifty Shades of Grey trailer:

The Kingsman: The Secret Service trailer: