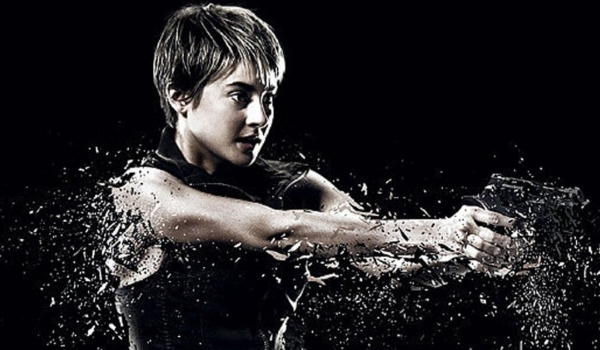 Friday Morning Update: With Fifty Shades Of Grey already on its way to becoming a massive smash its time to focus on future releases and this past week The Divergent Series: Insurgent was tops with 84,531 tweets. The primary force for this surge was a new trailer which generated just under 42,000 tweets on Thursday. This was pretty hefty, especially considering that the trailer it aired during the Super Bowl pregame show didn't even crack 4,000 tweets. It was around this time before release that Divergent really began to shine and routinely generate 10,000 tweet+ days so it will be interesting to see how Insurgent stacks up. One good sign is that Divergent didn't crack 42,000 tweets in any single day until less than three weeks prior to its release, Insurgent is definitely running ahead in terms of awareness and buzz based on these numbers.

Finishing a close second on the week was Straight Outta Compton which also released a trailer (on Monday) that accounted for 37,155 tweets. While Insurgent's number was to be expected this was way bigger than I was anticipating and simply goes to show just how powerful and influential NWA's music was during the late 80s and early 90s.  This is already shaping up to be a late Summer powerhouse based on these numbers and could very well be a $25+ million opener if given the right marketing push. Considering that its price tag is under $25 million this should make its backers, including NWA founding members Dr. Dre and Ice Cube very happy indeed.

While it didn't air any new material, just the aftershocks from Magic Mike XXL's first trailer was enough to land it in the top 5 for the entire week with 74,353. It clearly did its job at generating interest amongst its target demographic and the fact that it could sustain a full seven days of 10,000+ tweets this far from release is a head-turner, huge blockbusters often don't have that type of focus. Mike is set to pick up right where the first left off in terms of potential earnings with a healthy tip for extra skin no doubt.

Pitch Perfect 2 released its second trailer on the week as well, peaking on Wednesday with 32,596 tweets. While this was a far cry from the first trailer's 87,105 tweets it was a healthy bump from the 11,359 tweets that its Super Bowl game 30 second spot generated. Pitch Perfect dominated Twitter on its release in 2012, part of the reason we at Box Office were high on its potential. Its sequel appears to be following down the same road and assuming a healthy bump in traffic since it is now an established property this should be one of the biggest tweet-getters on the year.

Lastly, the Poltergeist buzz from its trailer that dropped last Friday and vaulted it into the top 5 for my last column actually leaked into Saturday and was captured for this week as well. While it has quickly fallen back to earth this only further cements my sentiment from last column that this has the potential to stand out amongst the very crowded horror marketplace this Summer.