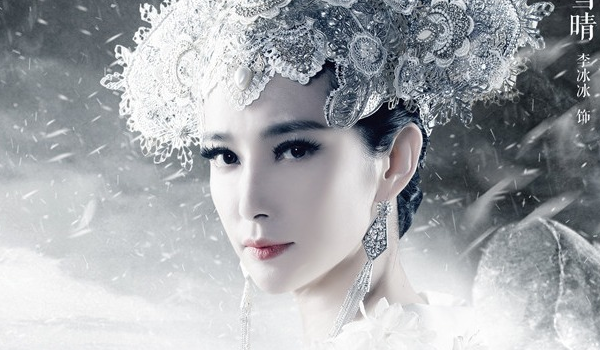 Zhong Kui: Snow Girl and the Dark Crystal is the favorite lead the Chinese market as seven new titles look to capitalize on the lucrative Lunar New Year holiday that begins on February 19. Two sequels--Where Are We Going, Dad? 2 and The Man from Macau 2--will try to follow up on the success their predecessors delivered during the same holiday frame in 2014.

China Lion's Wayne Lin provides a summary of this week's releases in the audio file below:

Snow Girl and the Dark Crystal is a 3D action flick about a famous Chinese mythological character who does battle in heaven, hell and on Earth. (Think Hercules.) The highly-anticipated effort from director Zhao Tianyu (2011's The Law of Attraction) boasts star power from Chen Kun (Young Detective Dee: Rise of the Sea Dragon) and Li Bingbing (Transformers: Age of Extinction). Snow Girl and the Dark Crystal will have big shoes to fill when it comes to leading the box office during the Lunar New Year: 2014's The Monkey King earned $102.5 million during the same week last year.

Wolf Totem, a co-production between China and France, is an adaptation of a popular semi-autobiographical Chinese novel from 2004 that focuses about a Chinese student who travels to Inner Mongolia and discovers that the wolf population is being threatened by the government. Wolf Totem comes from French director Jean-Jacques Annaud, who also directed Seven Years in Tibet. The film will receive an IMAX release.

Legend of Rabbit, a new local animated flick, will try to match the recent success of Boonie Bears: Mystical Winter, which recently hit $40 million. If Legend of Rabbit succeeds, it could indicate a surge in attention paid to China's animation industry. Hollywood's efforts continue to dominate that genre.