Fandango Announces Tickets On Sale for 'The Divergent Series: Insurgent' 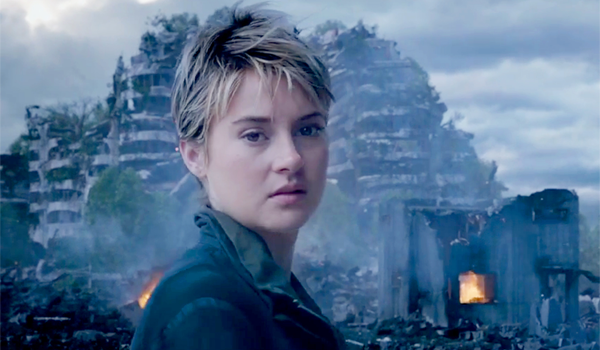 As an added bonus, today on Fandango each "Insurgent" ticket transaction will receive a free download of the blockbuster first installment of the "Divergent" franchise (offer ends tonight at 9pm PT or while supplies last). Lionsgate also has partnered with Fandango to offer more than 50,000 additional gifts with purchase for ticket transactions with 24-hour flash sales during each following week leading up to the film's release. Prizes include downloads from the "Divergent" book series, exclusive tracks from the film's soundtrack, and more.

In the brand-new trailer, Tris (Shailene Woodley) takes on the earth-shattering fear simulation. Subjected to a series of mental simulations by Jeanine (Kate Winslet), the leader of the power-hungry Erudite elite, Tris is the only one who can unlock the truth in order to save her civilization.

"The Divergent Series: Insurgent" hits theaters nationwide in 2D, RealD, Digital 3D, and IMAX® 3D on March 20, 2015. Please follow us on Twitter for updates @Divergent and @Fandango and use hashtag #InsurgentTickets.