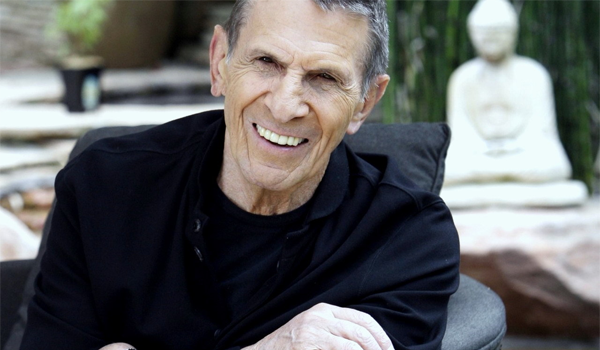 Leonard Nimoy, 83, passed away Friday morning. The venerable actor, director, author, poet, and photographer was best known for his iconic role as Spock in the Star Trek franchise. His time as the "pointy-eared Vulcan" included three seasons (1966-1969) on the original series, eight appearances in the Trek film franchise, and the 1991 two-part "Unification" story arc on Star Trek: The Next Generation. He also directed 1984's Star Trek III: The Search for Spock and 1986's Star Trek IV: The Voyage Home, in addition to helming the biggest box office hit of 1987, Three Men and a Baby.

On a more personal note, the loss of Mr. Nimoy hits home for this and every fan to have grown up with his work. I wasn't a part of the generation to witness "the trio" of Kirk, Spock, and McCoy on the original Star Trek's famously brief television run, but my first memory of seeing that universe on the big screen in 1991's Star Trek VI: The Undiscovered Country left a lasting impression on a wide-eyed little kid who was already beginning to fall in love with the cinema. Leonard Nimoy was a significant reason for that, and to this day, Spock's ultimate sacrifice in 1982's The Wrath of Khan holds up as one of the most moving scenes I've ever watched.

There are far too many things that will go unsaid in this tribute, but maybe that's fitting. As his final post on Twitter shows, the character and the man himself both had a way of offering indisputably genuine perspective. For that and many other reasons, his impact on our culture will stand the test of time.

"I'm touched by the idea that when we do things that are useful and helpful - collecting these shards of spirituality - that we may be helping to bring about a healing." - Leonard Nimoy

"Loss of life is to be mourned, but only if the life was wasted." - Spock