'Cinderella' and the Fairy Tale Renaissance; Disney's Latest Poised for Debut Near $60 Million 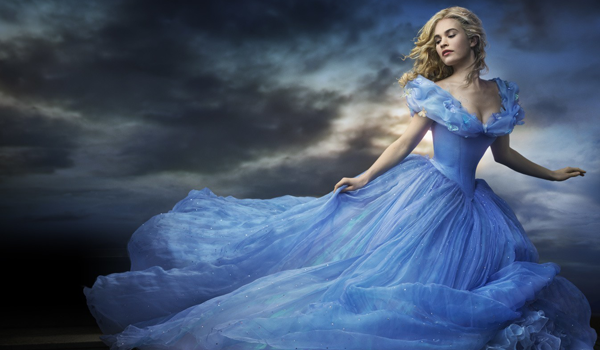 Disney's first semi-tentpole of 2015, a fresh retelling of Cinderella from director Kenneth Branagh, hits theaters on Friday and is eyeing a debut between $55-60 million, according to an unnamed studio source.

Social media trends and pre-release tracking support those expectations as moviegoer interest soars across women of all ages. The film's Facebook page already boasts a massive 13.7 million fans, and counting. How much higher this weekend could go depends on how many men turn out, for whom interest levels are somewhat lower than comparable titles like Maleficent.

Cinderella's also set to mark another notch in Disney's "fairy tale comeback". As recently as the early 2000s, the studio was criticized for getting away from classic storybook tales that helped make it famous. The transition to computer animation had a hand in that decline, ultimately leading the studio to acquire Pixar for $7.4 billion in 2006. At the time, over a decade had passed since modern classics like Beauty and the Beast and Aladdin captured imaginations.

Still, for as many hits as the Pixar partnership has churned out, the return of the princess flick took a little more time. The "Mouse House" made a well-received effort with 2007's Enchanted, which rode glowing word of mouth to $128 million in domestic revenue (and over $340 million worldwide). A few years later, the powerhouse team of Tim Burton, Johnny Depp, and Disney capitalized on the surging post-Avatar 3D craze and delivered a modern Alice in Wonderland. Its $334 million in domestic sales, and just over $1 billion globally, definitively signaled that audiences were hungry for more.

Ever since, the Disney brand name has been revitalized in a number of ways. Many point to the company's purchase of Pixar, Marvel, and Lucasfilm as cornerstones for their financial and creative renaissance. That's true to a point, but Disney's in-house management and production have continued reviving the family-friendly fantasy. Following in Alice and Enchanted's footsteps, plus 2010's Tangled, the last two years have generated four blockbuster fairy tale hits for the studio: Oz the Great and Powerful ($235 million domestic/$493 million global), Maleficent ($242 million/$758 million), Into the Woods ($127 million/$173 million), and the biggest of all, Frozen ($401 million/$1.27 billion) -- not to mention the successful ABC network series, Once Upon a Time.

As a result, families -- especially mothers and daughters -- have again become a driving force for Disney's universal appeal. They now tackle the poster figure of underdog princess stories in the live action Cinderella. Early reviews praise the film's adherence to the more iconic aspects of the original story, suggesting the modern adaptation has enough wit, romance, and splendor to please audiences. It's safe to assume the film will enjoy a long lifespan after opening weekend.

Marketing-wise, Disney hasn't lost it's touch. Trailers showcase a modern feel for the traditional story by including Ellie Goulding's new single, "My Blood". The studio's even attaching a new short film featuring characters from Frozen (called Frozen Fever) ahead of Cinderella when it releases this weekend.

If loyal fans of that recent phenomenon, and Disney in general, do indeed turn out as expected, Cinderella could become the year's first release to hit $200 million domestically. Given the character's generational popularity and what looks to be a crowd-pleasing film, Disney's latest has a chance to reach $500 million or more at the global box office.