CinemaCon and Warner Bros. Pictures Present “The Legend of Cinema Luncheon: A Salute To Clint Eastwood" 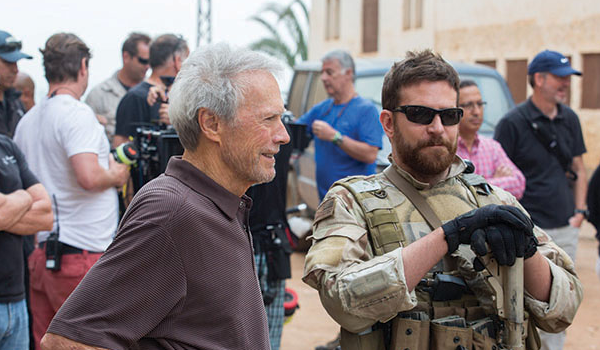 WASHINGTON D.C. -- "The Legend of Cinema Luncheon: A Salute to Clint Eastwood," will take place on Wednesday, April 22, 2015, it was announced today by Mitch Neuhauser, Managing Director of CinemaCon. CinemaCon, the official convention of The National Association of Theatre Owners (NATO), will be held April 20 - 23, 2015, at Caesars Palace in Las Vegas.

This year's lunch will feature a salute to Clint Eastwood, complete with a one-on-one discussion on his filmmaking process and passion for the moviegoing experience, moderated by Stephen Galloway, Executive Features Editor of The Hollywood Reporter. Eastwood will also be presented with this year's "Fandango Fan Choice Award"-an industry and CinemaCon tradition for nearly a decade-for his top-grossing 2014 film, "American Sniper." Nominated for an Oscar for Best Picture, Eastwood's 34th film as a director is the year's overwhelming fan favorite, as voted by the majority of moviegoers on Fandango. The award will be presented to Eastwood at the luncheon by Fandango President Paul Yanover.

"CinemaCon is deeply honored to host this luncheon to recognize a true legend, Mr. Clint Eastwood, for all he has done for the motion picture industry worldwide throughout his unprecedented career. To hear his thoughts on filmmaking and what the theatrical experience means to him is a once-in-a-lifetime opportunity and is what CinemaCon is all about," Neuhauser states.

Since its inception, Wednesdays at CinemaCon have been geared toward the filmmaking experience-being able to hear from incredible filmmakers on their passion for cinema has always been imperative to the convention. Past filmmakers who have been on hand for this annual CinemaCon event include Ang Lee, Martin Scorsese, James Cameron, Oliver Stone, Christopher Nolan, Sam Raimi, Guillermo del Toro, Jeffrey Katzenberg and George Lucas.

"Every year for CinemaCon, we survey our Fandango film fans, asking them to select their favorite movie of the year, and this year's choice was undeniably ‘American Sniper,'" a very special film that has been incredibly popular on Fandango and we're sure will be a favorite of film fans for many years to come," says Fandango President Paul Yanover. "We are excited to present the award to Mr. Eastwood."

Over the course of his illustrious career, Eastwood has received many lifetime achievement honors and has been acclaimed for his work as a director, producer and actor, including four Oscar wins for his work as a director and producer on the Best Picture winners "Million Dollar Baby" and "Unforgiven." His most recent film, "American Sniper," is the top-grossing film of 2014 and has grossed more than $500 million worldwide.