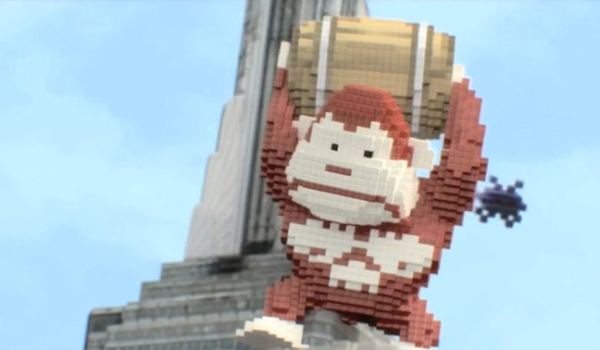 CULVER CITY, Calif., March 19, 2015 - The trailer for Sony Pictures Entertainment's Pixels, the highly anticipated action-comedy event film slated for release on July 24, 2015, generated 34.3 million views worldwide in its first 24 hours online, making it the studio's #1 trailer launch of all time. This debut bests the studio's previous record of 22 million streams in 24 hours for The Amazing Spider-Man 2.

In Pixels, when intergalactic aliens misinterpret video-feeds of classic arcade games as a declaration of war against them, they attack the Earth, using the games as models for their various assaults. Directed by Chris Columbus, the screenplay is by Tim Herlihy and Timothy Dowling with a screen story by Tim Herlihy, based on the Short Film by Patrick Jean. The film is produced by Adam Sandler, Chris Columbus, Mark Radcliffe, and Allen Covert.