Another Dimension: The Value of 3D Beyond Box Office Numbers 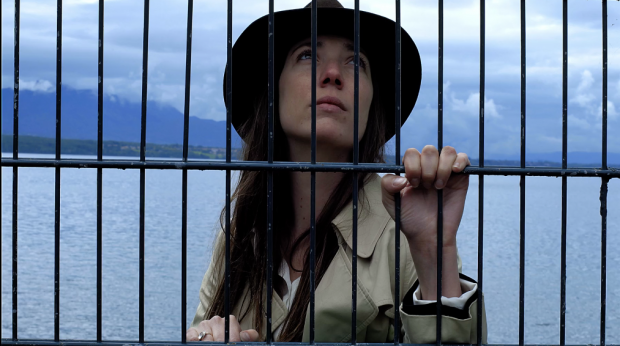 In 2012, Ang Lee transfixed critics and audiences alike with his use of 3D in Life of Pi. The film became a global success, grossing $611.7 million worldwide. The following year, Alfonso Cuarón found the same warm reception with Gravity --grossing $716.3 million globally. If there was a 2014 release poised to continue that streak, it would have been Christopher Nolan's Interstellar. Nolan, however, decided to emphasize his preference for analog formats with the Interstellar release --scrapping the idea of 3D altogether in favor of promoting advance 70mm and 35mm screenings. Interstellar still succeeded globally, registering a $664.2 million haul, but the response from audiences ($186.9M) and critics in North America was somewhat muted when compared to the director's previous efforts. Despite its relative success, Interstellar still felt like somewhat of a missed opportunity, leaving 2014 without a defining 3D film to capture an audience's imagination. That isn't to say 2014 was devoid of blockbusters released in 3D; the format helped launch Guardians of the Galaxy and The LEGO Movie into the blockbuster category.

"3D operates as a kind of derivative of the cinema business; good slates and bad slates, up years and down years," explains Chad Aaron, president and CFO of MasterImage 3D. "And yes, 2015 is looking like a great year, but look at the anchor films we have coming in the next five years with the Star Wars and Avatar sequels." MasterImage remains positive at the outlook for 3D going into the future, seeing a potential for the format as international exhibitors rush to meet consumer demand. While several other 3D companies have begun to diversify their tech offerings, MasterImage remains exclusively committed to 3D. "If you look at what exhibitors have been involved with over the past five years, you have to notice exhibitors are sick of spending money --they're interested in making money now," Aaron says.

Like its competitors, MasterImage has been busy addressing a common complaint from audiences: the brightness levels of 3D. Their Mi-Horizon3D system, announced in late 2013, zeroes in on the issue and has already found eager clients in the growing international marketplace. MEGABOX, one of the leading exhibitors in South Korea with more than 450 screens, adopted MasterImage's high-brightness 3D system last year.

The international demand for 3D becomes obvious when considering the sheer number of offices RealD has opened overseas. RealD has a presence in over 26,000 auditoriums across 73 countries, with local offices in Moscow, London, Shanghai, Hong Kong, Tokyo, and Rio de Janeiro. China's booming exhibition market is central to RealD's strategy for the future; in 2014 RealD extended its agreement with Wanda Cinema to double the number of its auditoriums in the circuit over the next three years. As of November 2014, there are already more than 1,000 RealD screens being installed in Wanda Cinema locations across China. RealD also has deals in place with exhibitors in China and Russia to roll out their premium large-format brand, Luxe, in those markets. "It started recently," explains Anthony Marcoly, president of worldwide cinema for RealD. "They've sort of grown up with 3D, and that's really the way exhibition programs over there. When a movie is available in 3D, it gets programmed in about 95 percent of their cinemas that way, and that's how the audiences see the movie. As a 3D company, that's probably our most important territory right now, and the deal we just signed with Wanda confirms that."

RealD isn't the only company entering the premium large-format and luxury business. Dolby is entering the space themselves with Dolby Cinema, in which Dolby 3D will be a vital component of an offering that will include Christie laser projection, Dolby Vision, and Dolby Atmos. "As more 3D titles are released worldwide, our consistent relationships with filmmakers, studios, and exhibition allows Dolby to deliver premium cinematic experiences to consumers in Dolby 3D, Dolby Vision, and Dolby Atmos. Dolby has delivered some of the biggest Hollywood titles, such as The Hobbit: The Battle of the Five Armies and Guardians of the Galaxy, in Dolby 3D and Dolby Atmos," says Doug Darrow, senior vice president of cinema at Dolby Laboratories. "Our collaboration continues with members of the film industry to bring more Dolby 3D, Dolby Vision, and Dolby Atmos titles to the cinema. It is likely to be a big year for 3D releases, and our goal with Dolby Cinema is to provide filmmakers the technology solutions to most accurately represent their vision."

While 2014 lacked the defining critical and commercial 3D hit of years past, it did produce one of the most compelling releases since the format's renaissance, Jean-Luc Godard's Goodbye to Language 3D. Indie distributor Kino Lorber had difficulty finding enough screens to carry the acclaimed title from the iconic French New Wave auteur, despite the fact the film had been awarded the Jury Prize at the Cannes Film Festival and named the best film of the year by the National Society of Film Critics. The film's widest release in the U.S. only covered 7 locations, and it was still able to pocket $335K from its theatrical run. Goodbye to Language is a prime example of how all theaters, not just the multiplex, stand to gain from embracing 3D. The format is nothing new at the art house; documentaries like Pina from Wim Wenders and Werner Herzog's Cave of Forgotten Dreams come to mind. Top film festivals already recognize 3D's potential to further cross over into the art house; the Cannes and Venice Film Festivals count on XPAND 3D as a technology partner at their events.

"People had always thought of 3D as that sort of eye-popping stuff that comes at you. What filmmakers have found is that 3D enables a storytelling mode that can bring the audience into the movie itself and make it immersive," says RealD's Anthony Marcoly. The continued adoption of the format by filmmakers, along with international consumer demand, makes it clear that 3D is much more than simply a trend. The support of the creative community is central to 3D's success, and the ensuing box office results are simply a byproduct of that endorsement. Meanwhile, as 3D technology improves, so will the consumer's experience. The future for 3D looks bright indeed.