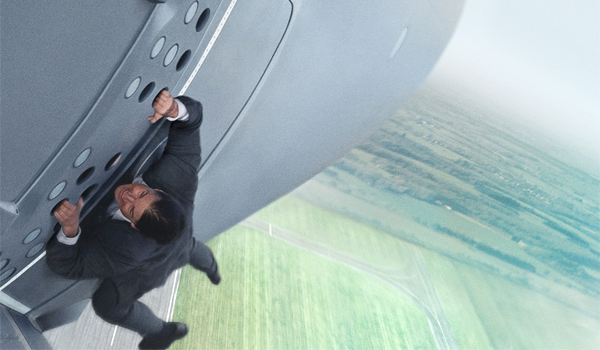 Barely two months ago, the fifth Mission: Impossible flick was set to release as a holiday box office underdog one week after Star Wars: The Force Awakens. Flying under the public radar for quite some time, partly due to very little information being revealed outside key cast and crew, there was growing reason to wonder what was going on with such a high-profile project.

Then came the surprise move to a summer release (July 31), and now, a strongly received first trailer. Suddenly, the newly dubbed Mission: Impossible - Rogue Nation should be considered a summer movie force to be reckoned with.

Paramount's wisdom in downplaying buzz throughout production has already started paying off. Many questioned how Tom Cruise and co. would be able to top the spectacle of his death-defying stunt on Dubai's Burj Khalifa in 2011's Ghost Protocol, which revived a dormant franchise with its $695 million global box office haul ($209 million coming from North America). Fans received their answer in Rogue Nation's trailer stinger, showcasing Cruise as he clings to the outside of a flying Airbus (a stunt which he confirmed is entirely him).

On top of that guaranteed ticket-selling money shot, Rogue will benefit from the strong word of mouth enjoyed by its 2011 predecessor both stateside and around the world. Cruise's box office drawing power may not be as unstoppable as it was during his height of stardom in the late 90s/early 2000s, but his adventures as Ethan Hunt still attract many audiences as part of what is, impressively in this day and age, the iconic star's only franchise vehicle.

Ghost Protocol stands as the actual global benchmark for the series when not accounting for the 11-year inflation gap, even though it fell just shy of becoming so domestically. However, considering the growing buzz for Rogue Nation, the fifth entry may prove to change the status quo if it lives up to the promise of its first trailer.

Adding to that potential is the lingering option for the studio to market this as Cruise's last hurrah in the shoes of Ethan Hunt, nineteen years after the first film in the rare blockbuster espionage series. This certainly wouldn't be surprising since Ghost Protocol itself was long thought to be the last Mission for Cruise -- before it became a box office sensation, anyway.

We'll have more on Mission: Impossible - Rogue Nation leading up to its July 31 release. For now, check out the trailer below.