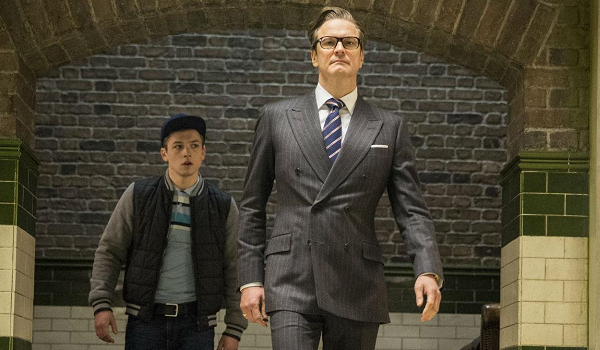 Kingsman: The Secret Service has emerged as the strongest newcomer entering the Chinese market this week. The action flick should have no problem fending off four other homegrown films that will also open.

According to EntGroup's EFMT Marketing Index, Kingsman leads all new releases in three categories: awareness, intent to purchase and word of mouth. Star power will help Kingsman succeed in the Middle Kingdom: Colin Firth just did a publicity tour to promote the film. The Academy-Award winning actor is popular in China because Pride and Prejudice actually has quite the following there. Expectations are high for Kingsman, and it should have no problem topping recent hits such as Men In Black 3 ($80 million) and Night at the Museum 3 ($51.6 million). Kingsman currently boasts a $295.6 million global, which means China should help it get to $400 million.

Lost and Love, the current #1 film in China, should hold up well against a weak crop of Chinese titles. The Seventh Lie, Rookie, Ten Thousand Years Later and Bright Wedding all enter the market with mediocre buzz. Ten Thousand Years Later, a sci-fi disaster flick, is already being picked on for special effects that are inferior to most modern video games. Bright Wedding could do well with female moviegoers who won't be interested in Kingsman, but that film is also being criticized for having poor production values. The Seventh Lie is an arthouse-friendly effort that already opened in Hong Kong in 2014. As for Rookie, its cast consists of popular actors and actresses from Taiwan and South Korea, and that could end up turning it into a modest draw.