Cracking Down on Bad Behavior in China's Entertainment Industry 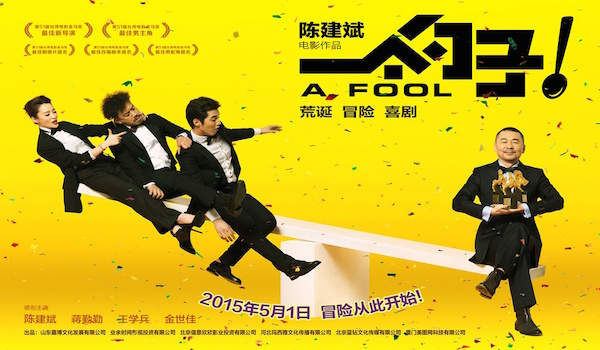 Police in the city of Dongyang, Zhejiang Province near Hengdian World Studios, one of Asia's largest movie studios, are demanding all entertainment personnel to sign "anti-drug commitment letters" before they report for work. (Link in Chinese) A recent rash of drug related arrests has hit the entertainment industry with actor Wang Xuebing (王学兵) taken into custody on March 10th in Beijing for suspected use of crystal meth as the latest. (Link in Chinese)  Wang will costar in the upcoming adventure comedy, A Fool (一个勺子), which is set for release on May 1st. However, his run-in with the law could complicate matters as China's State Administration of Radio, Film, and TV (SARFT) has taken a tough stance on bad behavior in the industry. In September, SARFT issued a statement strongly urging television and film production companies to ban performers who use drugs or solicit prostitution. We will have to wait and see how producers deal with Wang and SARFT's missive, and how that will affect the film's strong pre-relase buzz ahead of its Labour Day Holiday opening.

The April 2nd theatrical release of Let's Get Married (咱们结婚吧) based on the hit television show of the same name, appears to have taken SARFT's advice as lead actor Huang Haibo (黄海波) has been replaced by Jiang Wu (姜武) after the former's fall from grace due to a prostitution scandal.  Looking ahead, the movie should still perform well, battling against the action film Wolf Warriors (战狼) and the delayed release of US-China-Canada co-production Outcast starring Nicolas Cage.