The Big Bucks behind the Big Screens 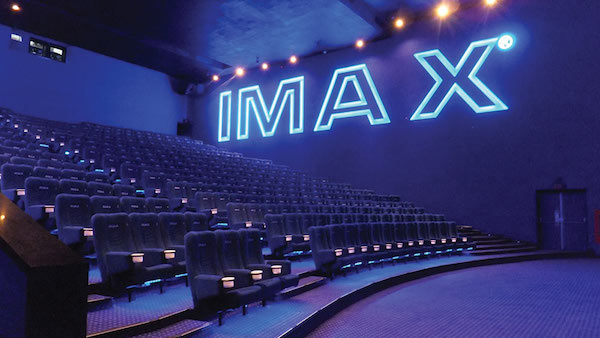 In many ways, the premium large-format (PLF) conversation begins with IMAX --even if trends in exhibition today make it clear that's not where the conversation ends. IMAX has a global reach of more than 800 screens in 60 countries and a brand recognition possessed by few companies in exhibition today. In little more than a decade, IMAX has been able to distinguish blockbuster releases under its own format. As a technology brand whose presence adds luster and cachet to specific movies, IMAX enjoys a success comparable to Technicolor's during the ascendance of color film. Audiences around the world are not only conscious of what IMAX offers, but they actively seek out IMAX-equipped theaters when purchasing tickets. While IMAX wasn't the first company to bring the giant-screen aesthetic to cinemas, it did lay the groundwork for the current premium large-format trend in exhibition --a trend that has grown beyond the company's considerable reach.

It hasn't been a uniform success story for IMAX. At one point in September of 2001, IMAX stock was trading at just over 50 cents per share. The game changer for the Canadian company came exactly a year later, with the release of its first digitally remastered (DMR) release, an IMAX cut of Ron Howard's Apollo 13 (1995). DMR revitalized IMAX as a company and has left a lasting impression in exhibition. The company continued to expand the reach of its DMR releases with its first day-and-date title, The Matrix Revolutions in 2003, and ventured into 3D with its first IMAX 3D title, The Polar Express, in 2004.

It was in 2013 that IMAX first earned more than half its global box office revenue from overseas markets. IMAX might have a head start in brand recognition among its competitors, but other players are quickly gaining ground in lucrative international territories like Russia and China, two of today's most dynamic growth markets. Russia brought in $1.4 billion in total box office during 2013 and has continued to add screens at a rapid pace. China, the second-biggest box office market in the world, surged well above the $4 billion mark in 2014.

The proliferation of premium large-format locations in these territories coincides with the digital transition and the demand for more 3D screens. RealD opened its own office in Moscow in September 2012 as part of its focus on increasing its international footprint. The investment paid off for RealD with announcements of new partnerships with Russian exhibitors cropping up over the past couple of years. RealD was therefore well situated in the market when it announced its premium large-format offering, Luxe, in 2013. RealD now operates five Luxe theaters in Russia with an additional 18 to come, including deals in place with leading exhibitors Karo Film and Cinema Park. The company is also making inroads in mainland China, where it recently agreed to install three Luxe auditoriums at Broadway Circuit locations in Tianjing, Chengdu, and Guangzhou. IMAX has enjoyed a healthy presence in China since first entering the market in 2001, surpassing the 200-screen milestone in the country following an agreement with Wanda Cinemas last December. Once all of its deals are executed, IMAX will have a presence across 122 cities in 30 Chinese provinces.

Local players have also come to the forefront in claiming PLF screens in China. As of H1 2014, three Chinese brands operated 82 PLF screens in the country-a trend that stands to grow due to the current import quota on foreign films. Only 34 films produced outside of China are allowed to reach Chinese audiences every year; 14 of those films must be compatible with 3D and PLF formats. That has produced curious examples of Hollywood releases converted to 3D for China alone, such as RoboCop ($50.8M in box office), Lucy ($44.8M), and Transcendence ($20.3M).

China Film Giant Screen (CFGS) is one of those companies poised to profit from the Chinese import quota. CFGS operates 50 screens across the country and was co-developed by the state-sponsored China Film Group, an organization that wields heavy influence in the Chinese distribution and exhibition market. CFGS isn't the only local player with a stake in the PLF business; AMC parent company Dalian Wanda operates 27 auditoriums of its own PLF brand, X-Land, as of September 2014. Chinese exhibitor Poly Film has also developed its own PLF brand, Polymax, with deals in place to operate 10 screens in mainland China.

Regal, the leading North American exhibitor, operates a total of 168 PLF auditoriums and plans to have around 200 screens by year-end. IMAX supplies 86 screens of Regal's PLF fleet, while the chain's own RPX brand makes up the other 82 screens in operation. AMC is the largest IMAX exhibitor in the world with 148 screens --43 percent of the U.S. market share. It's split might not be as even as Regal's, but AMC also operates 12 locations equipped with ETX auditoriums, its own PLF brand. Carmike, the fastest-growing exhibitor of 2014, operates a total of 42 PLF auditoriums --26 of which are part of their own BigD brand. Marcus Theatres isn't behind the trend either, with 20 UltraScreen auditoriums-11 of which are labeled UltraScreenDLX and include recliner seating.

The leading exhibition brand of PLF screens belongs to Cinemark. The Texas-based chain leveraged its international presence and close partnership with technology providers in launching 169 Cinemark XD screens across its global network of cinemas. The United States accounts for 107 of those screens, while Brazil --the fourth-largest exhibitor PLF market in the world-- hosts 30 XD auditoriums. Eleven of Cinemark's XD screens in Brazil are concentrated in the Sao Paulo metropolitan area alone. Cinépolis, the other major player in the Brazilian market, operates 13 of its Macro XE screens in the country.

Cinemark offers XD screens in many of its NextGen theaters, a luxury offering that also includes enhanced surround-sound systems. The chain has 22 NextGen locations in operation with a total of 248 screens. Cinemark's luxury offerings also include a handful of auditoriums equipped with CinemaBarco, which include Barco's Escape system. Escape presents films in a surround-viewing experience, with images projected across three separate screens in a single auditorium to create a sort of triptych cinematic canvas. Barco worked with Fox last year to release a special Escape version of The Maze Runner across five Cinemark locations in the United States.

CinemaBarco goes beyond the traditional premium large-format offerings with a complete theater experience designed to transform a regular auditorium into a luxury location with a one-stop suite of services. Dolby is also entering that market with Dolby Cinema --and has already announced the opening of its first two locations in Eindhoven and Barcelona. Like Cinemark, many of the other exhibitor PLF screens are bundled in theaters that offer other luxury amenities like immersive sound and recliner seating.

Many of this year's hotly anticipated studio tentpoles will screen at these theaters around the world. The field is now packed with PLF offerings, and the general trend toward a bigger screen experience at the movies shows no sign of slowing down. One of cinema's most obvious advantages is the screen itself, and the medium has often resorted to emphasizing that quality when challenged with emerging home-video technology. The pleasures of a big screen, however, aren't exclusive to Hollywood productions. Earlier this year, the HBO hit Game of Thrones became available to screen at select IMAX theaters. The show is widely available at home for HBO subscribers, and countless more viewers have helped make Game of Thrones the most pirated show in the world. The theatrical debut of Game of Thrones on IMAX screens brought in $1.46 million from 205 screens, claiming the second-highest per-screen average of the weekend among films playing on more than 20 screens. The box office result illustrates a compelling point: PLF has the potential to fill up auditoriums at a premium price point, even if the same content is readily available at home.