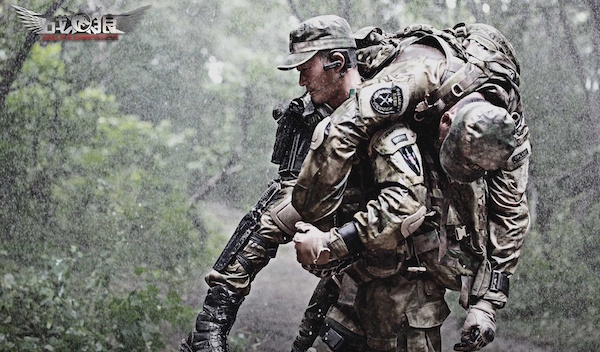 Martial artist Wu Jing's action/war film Wolf Warriors came out of the gate strong, opening on Thursday with $5.98 million, while Let's Get Married, the film widely thought to have broader appeal this week thanks to a star studded cast and an excellent fan base from the television show it was based on, opened in second with $4.38 million. This led to some early speculation that SARFT (State Administration of Radio, Film, and Television) had ordered cinemas to give priority to the nationalistic war film and even to fill seats with PLA soldiers. However, Warriors continued to pull away from Married as the weekend went on thanks to great word of mouth, heavy attendance in 2nd, 3rd, and 4th tier cities, and a relentless publicity push by director and star Wu Jing on Saturday and Sunday. Wolf Warriors ended the weekend with $33.32 million, while Let's Get Married faltered amid weak reviews calling the film "cliched" and "vapid", managing only $22.33 million. Kingsman: The Secret Service held well in its second weekend, dropping 34% to take in $16.51 million for a $56.49 million cume. See below for the complete top ten with data from China's EntGroup. 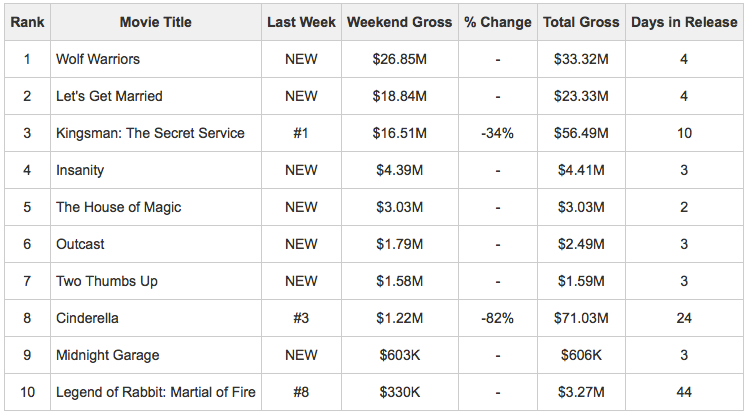