How a Napkin, Elvis, and a Wedding Brought Pixar’s 'Lava' to the Big Screen 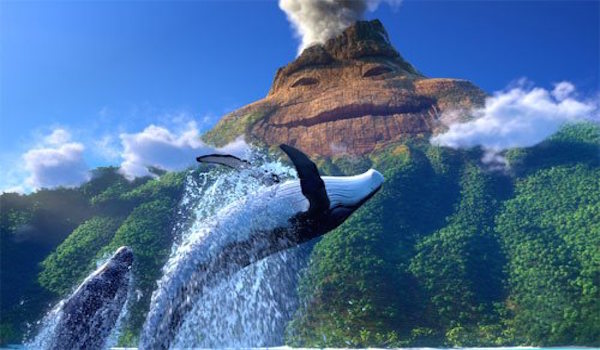 "I had one goal for myself: create stories with things I love and connect with emotionally," admits director James Ford Murphy when asked about his personal motivations as a Pixar animator. And like many great ideas, Lava was conceived on a napkin.  The seven minute animated short will screen ahead of Disney Pixar's Inside Out this summer, marking the directorial debut for Murphy and a professional milestone for the animators behind Pixar hits like A Bug's Life, Toy Story 2, Monsters, Inc., Finding Nemo, The Incredibles, and Ratatouille.

Lava tells the story of Uku, a lonely volcano off the coast of Hawaii whose song of loneliness unwittingly serenades an underground volcano named Lele. The director admitted to having an infatuation with Hawaii since childhood, after watching footage of the Elvis Presley concert film, Aloha from Hawaii via Satellite. Even after getting married, Murphy only had Hawaii in mind as the ideal destination for his honeymoon.

The short was first conceived after Murphy watched an episode of E.R. featuring Israel Kamakawiwo'ole's rendition of "Somewhere Over the Rainbow." Murphy was so touched by the song, he later found himself drawing a picture of a volcano with a smile on it and a caption that read, "I lava you." It wasn't until his sister got married, however, that Murphy was able to translate that image into a song -the same song that anchors the upcoming animated short. With the song for Lava in place, James Ford Murphy launched a search throughout Hawaii to find the perfect voices to give life to his film's main theme, finally landing on Hawaiian musicians Kuana Torres Kahele and Napua Greig to give voice the volcanoes in the film.

Lava premiered at the 2014 Hiroshima Animated Film Festival and will greet audiences in North America beginning on June 19.

Check back with us in the coming weeks for more coverage on Inside Out and be sure to check out the June issue of BoxOffice Pro magazine for our special report on the making of the film.

Tags: boxoffice-magazine, pixar, Lava, Inside Out