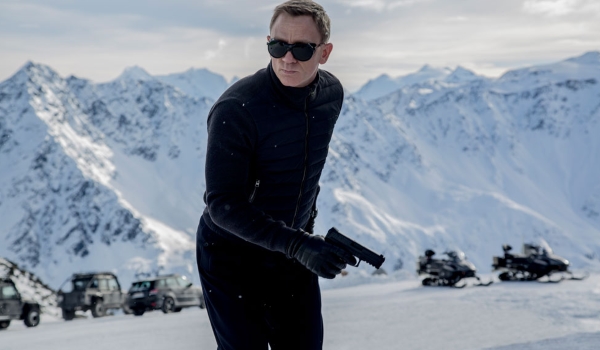 Sunday Morning Update: After its first trailer debuted last weekend James Bond's latest film Spectre dominated the upcoming film list with over 350,000 tweets on the week including 100,000+ last Saturday as the trailer hit the interwebs. The revitalization of the Bond franchise with Daniel Craig's tenure as 007 has been nothing short of remarkable and on the heels of the highest grossing film in 23 installments and 50 years (Skyfall), Spectre looks to surpass and capitalize. Hard to argue against it at this point with such a massive start, especially considering that many of Bond's key demographics are not necessarily well represented on Twitter. Skyfall managed just over 38,000 tweets for its first trailer, just over a third of the buzz for Spectre. I expect Mr. Bond to flirt with three figures when this opens later this year, especially after seeing how well its first trailer has been received.

Not really news that Age Of Ultron is doing very well, that's a foregone conclusion at this point and I'm sure it will top the charts in coming weeks by massive numbers. This column I'd like to spend some time focusing on Deadpool and its very auspicious start on Twitter. The film doesn't open till next February which usually means supremely low levels of buzz, however, a simple tweet from star Ryan Reynolds with Deadpool in a cheeky pose in front a fire was enough to create quite the storm over the past week and a bit. We weren't even tracking the film as yet when the image hit the web, but after adding it on last Saturday (after it had reportedly generated over 70,000 tweets on Friday) it accounted for 93,638 tweets over the week and good enough to third spot amongst all 100+ films tracked. Considering this was not for a trailer or any other significant footage and its pretty mind-boggling. Another upcoming spin-off Ant-Man had only 55k tweets the day its first trailer was released (and ~130k tweets the week after the first trailer). I look forward to seeing the first trailer here for Deadpool but if this tease is any indication a 100k+ first trailer day could very well be on the cards which will put it with some elite company for the genre. This is primed to be a huge win for Fox in their effort to maximize the small slice of Marvel pie they have access to.