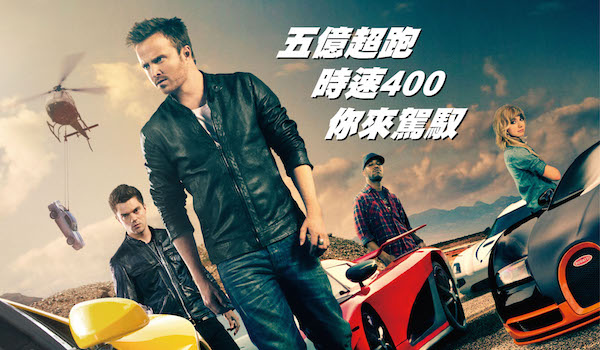 The Wrap reported this morning that three Chinese companies -- China Movie Channel, Jiaflix and 1905 Films -- will partner with Electronic Arts, to finance a sequel to Need For Speed (极品飞车). The original film based on EA's hit video game and starring Aaron Paul, Michael Keaton, and Dominic Cooper, grossed $200 million globally with $65 million coming from China alone. The sequel's cast and crew have yet to be announced, but suffice to say it will be targeted more towards Chinese audiences than the original with Chinese set pieces, talent, and product tie-ins.

China Movie Channel, Jiaflix, and 1905 Films last teamed up with Paramount Pictures for 2014's release of Transformers: The Age of Extinction (变形金刚4：绝迹重生), which became the highest grossing film in Chinese box office history.