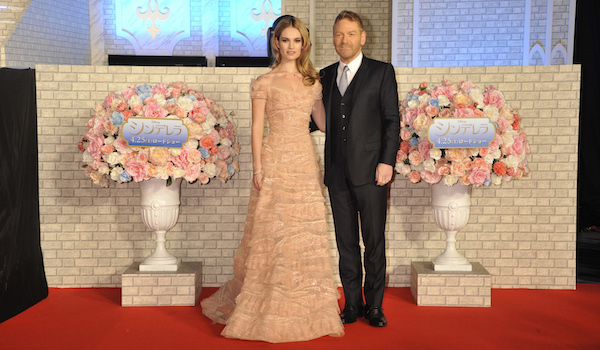 Disney's global hit Cinderella will open in its final territory, Japan, on April 25th and on Wednesday director Kenneth Branagh and star Lily James were in Tokyo for a press conference and the film's Japanese premiere. The fantasy film has just crossed the $400 million mark worldwide and has performed well in Asian markets, especially China where it has grossed $70.75 million as of Tuesday.