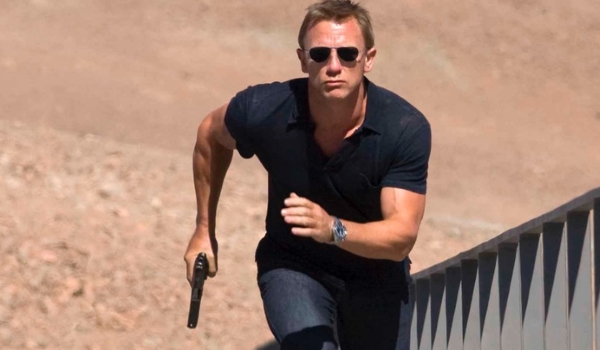 Saturday Morning Update: For the first time I can remember the top 4 films remained the same for the second week in a row. Spectre has shown amazing legs and staying power to remain at or around 40,000 tweets for the past week. The after-shocks from the first trailer have been kind, with additional details about the film surfacing and even a Grand Theft Auto recreation of the trailer, all of which helped to balloon its buzz.

What was perhaps the most impressive thing about Spectre this past week was that it managed to hold off the peaking Avengers: Age Of Ultron which is now only three weekends from release. I'd expect it to take over top spot this upcoming week but the early run by Spectre here has cemented it as a triple digit opener in my mind.

Deadpool also continues to turn heads, with news this week from its set and more pics from star Ryan Reynolds helping to boost its buzz. Fox has a marketing winner in Ryan Reynolds, as his posts of Deadpool hilarity from the movie have been eaten up by fans of the character worldwide. If I were them I'd keep up using this channel to get word out about everyone's favourite anti-hero. Fox had a teaser trailer for the first teaser trailer of X-Men: Days OF Future Past (yes I know that's quite the tongue twister) and I wouldn't be at all surprised to see the same tactic used here for Deadpool with Mr. Reynolds 'leaking' the teaser. If a photo he posted can generate 70,000 tweets I'm thinking trailer number one has a strong shot of crossing 100k.

Fantastic Four was waning from its recent trailer but still had enough in the tank to hold off Entourage for fourth. The latter rode buzz from its latest trailer to the top 5 on the week with a 375% buzz increase. Its been four years since the TV series ended, the same amount of time that had lapsed between Sex And The City's HBO end date and its first movie premiere. Entourage was never as big of a show but the interest online has been solid and as such we are predicting a $17 million start based on early signs.