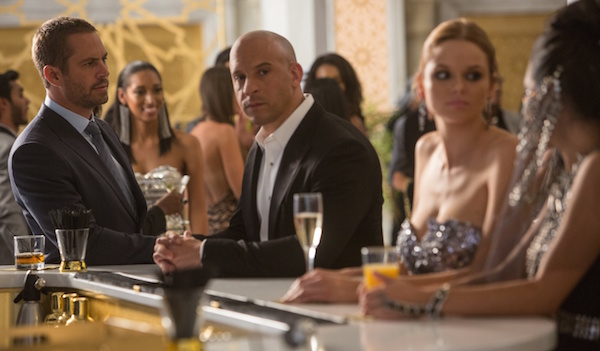 Furious 7 topped worldwide box office charts again this weekend racking up an additional $195 million in 66 territories for an overseas total of $550.47 million and a global total of $801.5 million. It retained the top spot in all 63 territories where it was released last week and broke records in each of the three new territories it opened this weekend, Russia, Poland, and China. Furious 7 dominated the Russian box office with 85% market share, grossing $15.9 million to become the widest release and highest grossing four-day opening weekend film. Poland saw its highest grossing weekend ever for the Fast and Furious franchise with a $2.1 million opening. The action film also opened on Sunday in China and shattered box office records by scoring $8 million in midnight screenings and $62.69 million in total for the highest grossing single day ever in China. more than double Transformers: Age of Extinction’s $35.94 million last summer. In addition, after two weeks of international IMAX release, Furious 7 has amassed $41.5 million including Sunday estimates in China of $5 million far exceeding the previous best opening day, Transformers 4’s $3.382 million. The film will open in Japan next Friday, April 17.

Cinderella swept up another $12.8 million overseas this weekend in 54 territories raising its total to an even $256 million and $436.773 million globally. Both Australia (-10%) and New Zealand (+31%) held very well, retaining the #2 spots in their respective markets for a second consecutive weekend. China’s box office take crossed $70 million this weekend and accounts for more than a quarter of Cinderella’s overseas total. Director Kenneth Branagh and actress Lily James were in Tokyo this week ahead promoting the Disney fantasy’s final international opening on April 25th.

Kingsman: The Secret Service reined in $8.96 million in 17 markets this weekend, raising its overseas cume to $267.53 million and its global total to $392.12 million. Like Cinderella, Kingsman’s China box office take also crossed $70 million, with a weekend total of $7.83 million coming in at #3 behind Furious 7 and domestic war pic Wolf Warriors. South Korea reached a cume of $44.83 million it its ninth weekend of release. The action film will open in Venezuela next Friday, April 17.

The Divergent Series: Insurgent generated $7.9 million from 83 markets this weekend and pushed the international tally to $135.3 million and the global haul to $250.15 million. The second installment opened in Finland at #2 with $190k from 95 screens.

Absorbing $3.2 million this weekend, The Spongebob Movie: Sponge Out Of Water has grossed $142.3 million overseas and $303.6 million globally. Paramount’s live action/animated family film increased 9% in Australia in its second weekend, adding $1.1 million for a $3.9 million total.  Future releases will be in Thailand (April 16), India (May 8), and Japan (May 16).

The Longest Ride roped in $2.88 million from 21 overseas markets raising its global total to $15.9 million after one weekend. Australia led all territories with $1.13 million from 213 screens, followed by Mexico with $488k from 253 screens.