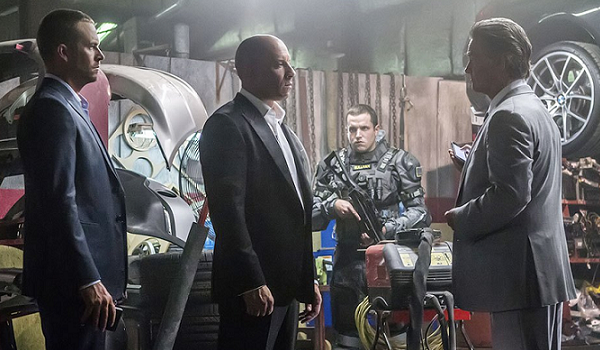 Despite a Sunday opening, Furious 7 accounted for 64% of China's total box office take this weekend and 90% of Sunday's total thanks to a wide release that saw the film playing on nearly 2 out of every 3 movie screens in the Middle Kingdom.

In second place, Jacky Wu's Wolf Warriors (战狼) dropped 54% to grab $15.59 million, raising its cume to $69.53 million after 11 days of release. The majority of Warriors total came on Friday and Saturday ($12.83 million) before Furious 7 appeared on screens.

Kingsman: The Secret Service (王牌特工：特工学院) climbed up a spot to third place this weekend with $7.83 million, 53% off last week. Colin Firth's action flick has now grossed $74.93 million after its third weekend which makes it the third highest-grossing imported film of 2015 behind The Hobbit: The Battle of Five Armies ($123.1 million) and Big Hero 6 ($84.55 million).

The rest of the top ten for this weekend is below. 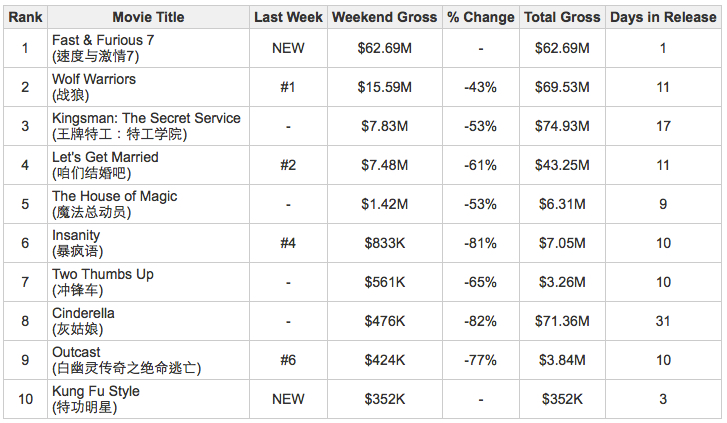