Jia Zhangke's 'Mountains May Depart' Will Compete at Cannes; Passes Censorship Board in China 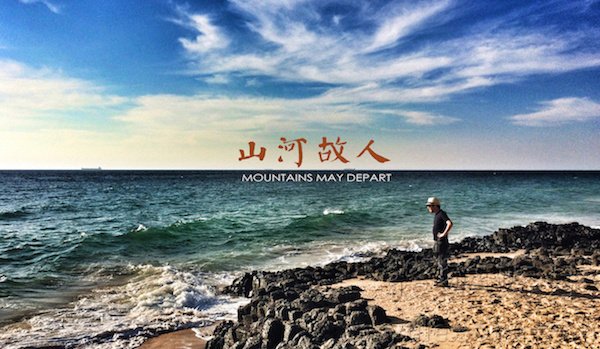 China's acclaimed film director Jia Zhangke will premiere his next movie, Mountains May Depart (山河故人) at next month's Cannes Film Festival where it will compete for the Palme D'Or, the annual festival's top award. This will be Jia's fourth feature to open at Cannes after Unknown Pleasures (任逍遥) in 2002, 24 City (二十四城记) in 2008, and A Touch Of Sin (天注定) in 2013. Jia took home the award for Best Screenplay in 2013 and was a member of the main competition's jury last year.

Mountains will span 30 years and take viewers from rural Shanxi province in the late 90s to a future Australia in 2025. It's the coming of age story of a young girl, Tao'er, and follows her relationship with her son over the years as he emigrates to Australia with her ex-husband and acclimates to a different culture.

Jia's films are characterized by a minimalist/realist style that employs many long takes which linger on the landscapes and subjects of a contemporary Chinese society always in flux. Accordingly, they have played very well on the international film festival circuit ever since Jia's first feature film The Pickpocket (小武) screened at Berlinale in 1997. However, they have mostly passed by domestic Chinese audiences who over the years have craved action packed popcorn flicks -- as evidenced by the popularity of Furious 7 this week -- over more arthouse fare. Despite this, there is still a devoted Chinese following to Jia and his films which tackle sensitive topics not often seen in mainstream Chinese cinema.

Those sensitive topics sometimes strike a nerve with Chinese censors as well. The buzz from A Touch of Sin winning Best Screenplay at Cannes in 2013 excited mainland fans who were expecting to see it in their own cinemas. The film had even received an October release date, but by December it was clear the story -- ordinary citizens pushed to take drastic and very violent measures because of corrupt low level officials -- had worried government censors. With little fanfare, A Touch of Sin was released for free on Chinese video streaming websites shortly after.

Shortly after the announcement that Mountains May Depart would debut at Cannes this year, Jia took to Weibo to let his Chinese fans know they could also expect to see it at home. "Mountains May Depart passed censorship without a hitch," he wrote to his 160 million followers on the Chinese equivalent to Twitter. When he was asked in an interview today about a release date, he said that the domestic distributor hadn't settled on a date yet, but he hoped for sometime this year.

When asked about his expectations for the box office, Jia, an independent filmmaker at heart, said: "I just hope for a smooth release. Anything related to the market, I'll hand over to the market to decide. As director, it's my job to present a high quality film, nothing more."