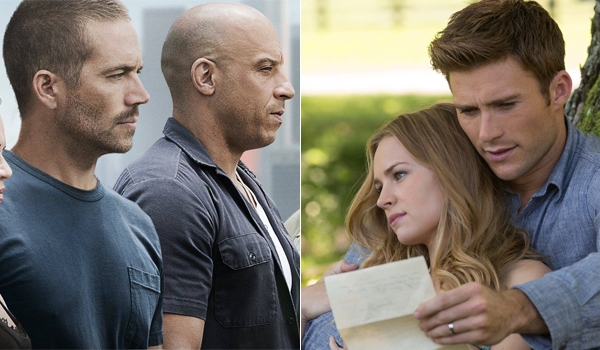 Universal reports that Furious 7 tagged on another $2.92 million yesterday, easily holding onto first place. The blockbuster sequel's 13-day tally stands at $262.4 million, in line with where The Hunger Games stood at the same point in its release.

The Longest Ride took second place with $0.805 million yesterday, giving it $15.84 million through six days of release. That puts it 29 percent ahead of where fellow Nicholas Sparks adaptation The Best of Me stood at the same point.

Get Hard came in fourth place with $0.61 million yesterday. The Will Ferrell-Kevin Hart comedy's total stands at $72.9 million.

Filling out the top five, Woman In Gold posted $0.57 million on Wednesday to give it $10.8 million in all so far. The film expands to 2,011 theaters this weekend.