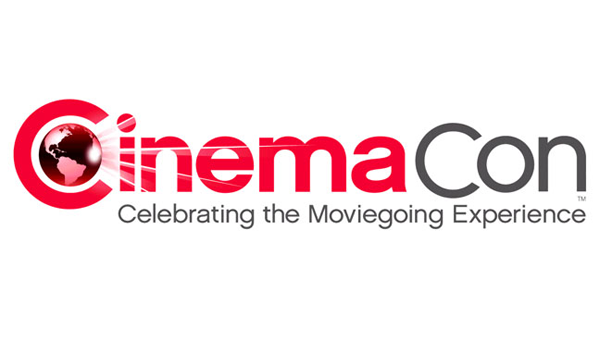 CinemaCon is once again starting with International Day; tell us what's in store from day one.

Our industry is truly global in nature and there are many issues and topics of importance and concern that are common to distributors in the domestic and international markets. There is still a need for the international community to gather as a group. There are matters that are specific to the international market, hence the reason we've continued with our International Day programming as a way to single out some of the executives and filmmakers in the international markets, hear updates on what's going on, specific to exhibition and distribution. We've put together what we think is pretty good International Day programming. We traditionally start off with two keynotes, one from exhibition and another from distribution, on what's going on in the industry: the good, the bad, the ugly, the past, the present, the future. From distribution we have Dave Hollis, executive vice president of distribution at Disney, and from exhibition we have Jerry Ye, vice president of Wanda. We have morning seminars, digital and social media programming; we're putting together a session in the afternoon on exhibition and distribution. We're delighted to be singling out Valmir Fernandes, the president of Cinemark International, with our Global Achievement in Exhibition award. We present something called the CinemaCon Passepartout award, which is being presented to Erlina Suharjono, the SVP Asia distribution for Warner Bros. Pictures International-she's someone who has been working tirelessly behind the scenes, very well respected by her peers throughout distribution and exhibition. We're honoring the filmmaker Baltasar Kormakur, the director of the upcoming film Everest, and Rentrak is presenting an award to 20th Century Fox International, last year's leader at the international box office. It's a jam-packed agenda, and we expect around 850 fully registered delegates for International Day.

Are there any specific trends or topics you'd like to highlight at this year's event?

First and foremost, the driving force behind our industry is product, and that's what studios bring to the table. We have six major studios on board with presentations on their upcoming slates: Sony, Disney, Fox, Universal, Paramount, and Warner Bros. Three of the studios will be screening feature films in their entirety: Disney will screen Pixar's Inside Out, Universal will screen Pitch Perfect 2, and Fox will screen Spy. We have a great cornerstone of programming from the studio standpoint. The next major piece to our puzzle is the trade show, which is once again a sellout. We need to keep on top of what's going on in equipment, concessions-what keeps our industry going.

Lunches are a great opportunity to hear industry leaders give talks and network with colleagues. What's on hand this year?

We're very excited about our lunches this year. Our Wednesday lunch has traditionally been filmmaker driven; in the past we've had Christopher Nolan, Ang Lee, Martin Scorsese, Oliver Stone, Sam Raimi, Guillermo del Toro, James Cameron, George Lucas. This year our lunch will be focused on Clint Eastwood. We're going to honor him and include a one-on-one panel with him. In early March, American Sniper became the top-grossing film released in 2015, and it's really a phenomenon. What he's done is incredible; this 84-year-old icon has unified the country with one film. We couldn't be more thrilled to have the support of Warner Bros. in bringing him so people attending can hear what he has to say about our industry, the theater-going experience, and for us to thank him for an unparalleled career.

You're also planning to bring in more discussion about independent film.

Many people ask us why we don't do anything on independent film. We've tried to do it on a number of occasions and hadn't gotten the traction we really needed to pull it off, but this year we have. We're calling our Thursday lunch "The Independent Game: Based on a True Story." There's such an important role that independent film plays; the major studios are continuing to fill the pipeline with incredible product for the masses, but they're cutting back on the number of annual releases, which puts an added importance on independent distributors. They fill screens, and our screens want to be filled 52 weeks a year and offer as diverse a range of product as possible. We're really thrilled to put together a very potent program on independent film.

Can you tell us about some other panels you have planned?

We have other panels scheduled throughout the convention. We have one on the importance of the Hispanic and Latino marketplace. Menu labeling is very important to members of NATO, and our friends at NAC, the National Association of Concessionaires, are hosting a panel called "The How-To Guide for Compliance with the FDA Menu-Labeling Regulations." ICTA is putting together a program on Thursday morning: "The Unintended Consequences of Digital Cinema." Everyone is digital, everything is going great, but it's still a learning curve and there are some things we still need to get a handle on. We're also putting together a program on showmanship and marketing. There's so much going on in social media, and the print ad has gone by the wayside, but theater managers still need to be on top of their game from a marketing and showmanship standpoint. When you're running a theater and there are guidelines and regulations pertaining to the consumer that change so often, you need to be on top of so many topics. One of them is payment security. There's a whole new force in the world of credit cards, called EMV, that theaters need to comply with to protect their customers, and we have a panel on that on Wednesday morning.

Anything new this year that we should look forward to?

Something new and exciting this year is going to be the Monday-night opening that is going to take place at a brand-new club called Omnia-a fantastic state-of-the-art club. In Vegas if you're not with the times, you're behind the times, and we're really excited to introduce CinemaCon and its delegates to Omnia. It's going to follow our gala opening-night event and screening, which will be the first industry screening of Pitch Perfect 2. Elizabeth Banks will be on hand with some special surprises, and we're looking to get out of the gate in a very exciting way.