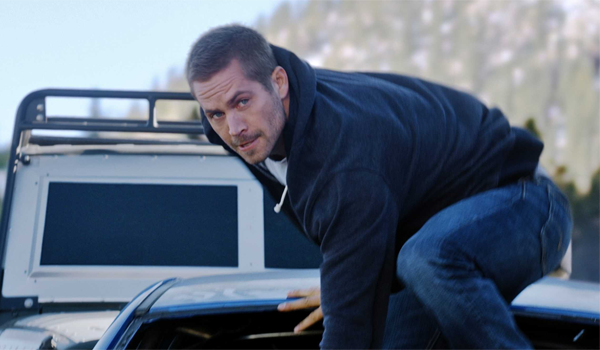 It only took 17 days for Furious 7 to become the first $1 billion worldwide hit of the year, the fastest any film has ever taken to reach that mark.

2015 is truly shaping up to be the big box office year many industry analysts expected, but the sheer speed the latest Fast & Furious film reached the vaunted benchmark remains to be surprising. This marks the first time a Universal release reaches the $1 billion global mark in studio history, considering Jurassic Park only reached its $1.044 billion tally following a 3D re-release in 2013.

The power of the overseas box office contributed $735.2 million from 17 days in release as of Friday. The film has grossed $273.7 million in North America in just 15 days. This puts Furious 7 at a global $1.009 million with Saturday and Sunday numbers still to come. As a whole, the Fast & Furious franchise has grossed a total of $3.392 billion through all seven installments.

"We're incredibly proud to watch Fast & Furious take its place as the only original live-action franchise to reach these kinds of results at the box office. Our cast, filmmakers and all of our Universal and Fast family deserve credit for working so hard to make Furious 7 a huge success and we look forward to continuing to watch the film grow over the next few weeks," commented Nick Carpou, President of Domestic Distribution at Universal, on the film's success.

"What started as a small film about the street racing sub-culture of East Los Angeles has become a global phenomenon with Furious 7 shattering records in so many territories around the globe. We're thrilled to celebrate this accomplishment with our colleagues and distribution partners throughout the world, who have made these extraordinary results possible," added Duncan Clark, President of International Distribution for Universal.

Furious 7 also holds record for the second-biggest worldwide debut of all time with $397.2 million (behind Harry Potter and the Deathly Hallows: Part 2); highest-grossing domestic and overseas openings in studio history ($147.2M and $250M respectively); biggest April and Easter opening; the highest domestic opening since November 2013; the all-time highest opening weekend of all time in 29 territories; the highest grossing Universal film of all time in 26 territories; and the biggest opening day of all time in China with $63.5 million, beating the previous record holder, Transformers 4's $36 million, by a wide margin.

"I am incredibly proud of the motion picture team at Universal, the cast and filmmakers of the FAST & FURIOUS for all they have done to take our original idea and evolve it into a huge, global, blockbuster franchise." said Ron Meyer, Vice Chairman of NBCUniversal, in an official blogpost.

Can any other 2015 beat this record and reach the $1 billion global mark in less than 17 days?