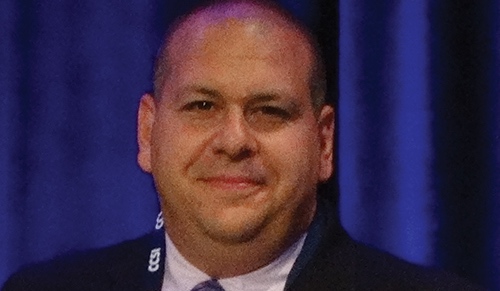 A member of the National Association of Concessionaires (NAC) since 2005, Adam Gottlieb has been actively involved in a variety of activities for the industry association. Gottlieb first began collaborating with NAC through sponsoring the Al Lapidus Golf Tournament in 2004. He has continued to sponsor NAC events since, including the association's annual convention and regional seminar series. BoxOffice spoke with the concessionaire veteran to learn more about his career in the candy business (and beyond).

What's the role cinema has played in the concession business, and what has your experience been working with that part of the industry?

It's a fun industry, a very tight-knit group. For people who are supposed to be competitors, they do a nice job of working together, sharing best practices, and helping each other along. It's rare to see that kind of interaction in business and it's something I like to be a part of. I can sit with four or five customers at a time and tell them what we're doing and the successes we've had with food and things like that and not have a fear that they're really going to have a problem talking together.

What are some of today's consumer trends?

I'll never forget when I first started working in the theater business. I walked into Crowne Theaters, a buyer that's no longer in the business. I thought I was going to show them everything out there that would make sense for theaters. I'll never forget he told me, "You know, Adam, thanks for coming, but I care about selling soda and popcorn and I don't really care about anything else." It crushed me because I thought I was going to show this guy all these new things he could do, and he didn't have any interest. Fast forward 15 or 16 years, almost everybody's looking for alternatives to the candy, popcorn, nachos, and soda that have always been the backbone of the industry. The changes have really come with expanded food menus, more hot foods.

Apart from the aforementioned popcorn and soda, what are some of the other staples?

The candy mix hasn't really changed. When vendors come to me and they think they've got the greatest new item to go into the theaters, I tell them how hard it is to get a new item to take off in theaters. My feeling is you go to the movies and you eat what your parents ate when they went to the movies. And they're probably eating the same stuff your grandparents ate at the movies. There's a lot of stuff that does very well candy-wise at theaters that doesn't really sell in the rest of the industry. Buncha Crunch is a very strong item, and you don't see it in retail. The last item to really hit it big candy-wise at theaters and have any staying power was Sour Patch Kids, and they were introduced when I was a kid going to the movies. They're still popular now because you've got kids who love eating the sour stuff at the movies, and you've got their parents who were the first generation to be introduced to sour candies. That's the last time the candy picture really changed.

Are vendors diversifying their offerings to meet the demand for expanded concession options, or are they sticking with what they do best in the ever-lucrative candy market?

It's a combination of both. I think that there are people going with the full-on in-theater dining concept. And there are people going with the chicken fingers, french fries, and corn dogs that can be prepared and served right from the concession stand as opposed to having a wait staff and runners bring it to someone's seat. I think there will be certain locations that can have and sustain the eat-in dining. I'm not sure it's going to be everyone that's into it now; I think you may see some people get out of it. I think it's going to be a mix of that and more of the casual, meal-replacement type thing that can be served at the concession stand. As far as candy goes, I haven't seen a lot of changes in the 17 years I've been doing it and not a lot of long-lasting changes. You'll see a lot of items that can pop up and do well for a short period of time, but I think you're ultimately going to be looking at a very similar mix to what you have now.

Different countries have different concessions, and the demographics in this country are changing rapidly. Do you think we'll see that shift reflected in the concession business in the next 10 to 15 years?

I think over time you will see a change. I can speak from what I've seen on the retail side of our business more than the theaters. Take Hispanics for example: if 30 percent of your clientele or more is Hispanic, you can do really well by catering to that demographic and putting a Hispanic candy set into a store for retail. I think you're going to see similar numbers or maybe even higher numbers on the theater end to really see that change for a couple of reasons. If 30 percent is what it takes to make it work in retail, it may need to be a little higher at a theater because I don't think you're seeing the same number of people buying concessions in a theater as in a retail store. I think to do a demographic-based food menu it has to be more than just candy. If you don't have a real high percentage of a population that's buying ethnic prepared food, I think your waste will be too high to really get into anything other than packaged ethnic foods. I think we will see a change as the demographics continue to change, I'm just not sure how quickly or how widespread it's going to be. We have had some customers who've brought in ethnic items, for example samosas for the Indian population or spicier items for the Hispanic population. What we've found, and I'm sure this is not across the board, but most of those experiments end up failing because there's just not enough buy-in and not enough usage.

Is there a secret to having a successful and profitable concession stand at the movies?

Part of it is having it staffed well, which is always tricky for any retailer. Especially going to a theater, people only have a certain amount of time they can spend before they get their seats. The challenge is that exhibitors are trying to keep payroll low, so it's not always possible to staff correctly during those peak times. The better your staff at the concession stand, I think the more successful you'll be as far as sales. The question is can you adequately balance that against your labor cost. And then there's having it properly signed, and making sure whatever you're running, static menu boards or digital menu boards, really calls out what you're trying to do at the stand. The customers that highlight their combos and offer a big variation of combo choices for their customers seem to sell more product, and they're showing a value to the customers, whatever that savings is with the combo-or the perceived savings, because sometimes you'll have a combo up there and there really isn't a tremendous savings to the customer, but just seeing it on the board triggers a buying impulse, and they're thinking instinctively that they're going to get a deal because that combo exists. The other thing is always making sure your stands look full and clean. It goes back to the same thing you'll see in retail: no one wants to shop an area that looks like it's been picked clean and going out of business. It's a combination of the presentation, the way the stand looks, the products that you're offering, and how you're promoting them.