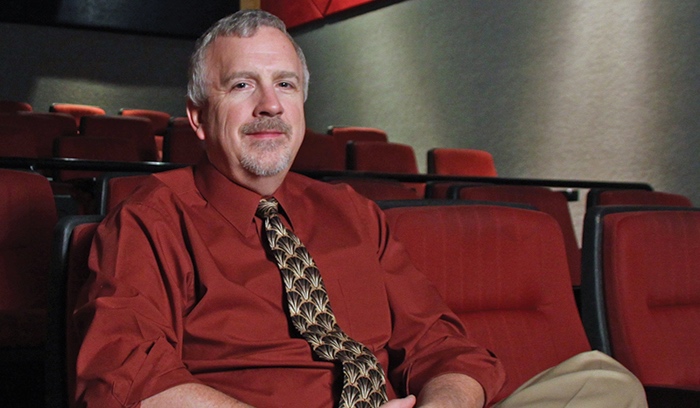 "Bill Campbell personifies the best aspects of volunteerism. A busy and committed family man and small-business operator, Bill nonetheless finds time to lead independent exhibitors through his management of NATO's Cinema Buying Group. Bill helped hundreds of theater owners survive the digital transition and, by extension, preserve moviegoing in small towns all across America. He is now leading independent exhibitors through new programs at the CBG. His positive impact on this industry will be felt for decades to come." -John Fithian, President and CEO of NATO

Making popcorn in a basement might not sound like a glamorous job, but for an eight-year-old, few other tasks are as fun as watching the kernels pop. That was precisely Bill Campbell's first job in the exhibition business, as he helped his father, Ross, cover the essential concession-stand operation at the WYO Theatre in Sheridan, Wyoming. Bill would return to his hometown after graduating from Montana State University and a stint working as a manager for Theatre Operations, Inc. He is now a second-generation exhibitor in Sheridan, operating seven screens across two locations.

Bill has also served as managing director of NATO's Cinema Buying Group since 2009, working tirelessly to protect the interests of independent exhibitors across the nation and assisting them with the transition to digital cinema. To date, 221 companies comprising 457 theaters and 2,998 screens have benefitted from CBG's efforts.

Congratulations on the award. In our last interview [September 2014] we talked about the Cinema Buying Group. What are the latest developments there?

The biggest thing is that earlier this year we hired a purchasing director, Brad Wardlow, to help us implement programs to get the buying group up and running the way we want it to. He's been working on some programs and hopefully, by the time CinemaCon rolls around, we'll have a couple of programs we can announce to our members; we're trying to get rebooted.

Was there anything in particular that informed your decision to go back into the family business as an exhibitor?

I started working in Sheridan, Wyoming, at a very young age. My brothers and sisters decided to take over the family business when I went to college. I was working at Theater Operators Inc. up in Bozeman, Montana, when Tim Warner was general manager or CEO of the company, and we had discussions about the future of movie businesses in small towns. He convinced me I'd make a good living out of it in Sheridan, so that's when I made the commitment to come back to exhibition and take over the family business.

What is the current state of independent exhibition in small towns here in the U.S.?

It's always been challenging. The digital conversion was a big, big part, but we've always had concerns with print availability from distributors. We watch our percentages at the box office, our margins slip as studios ask for more every time-it's a tough challenge. I think any exhibitor is fighting the percentages at the box office. I think there's been a lot more government intervention in the last few years; it's always hard. Minimum wages are always a concern in small towns, and labor costs can get really high pretty quickly because you don't have the grosses that a lot of the big chains have. ADA has been a big issue in the last 30 years for us as well.

Cinema Buying Group helps independent exhibitors like yourself maintain a competitive advantage. Why is an event like CinemaCon a good opportunity for smaller theaters to attend?

For one, they can see what's going on with new trends in exhibition. It's always important to try to give the best quality product to your small towns. It's hard to do; there's a balancing act of course. You can't just go and buy every new piece of equipment that the manufacturers come out with. You always try to go there and find something new, something that you can update with and improve your moviegoing experience with. As a trade show, CinemaCon has always been huge. It's just a great way to get knowledge of what's going on.