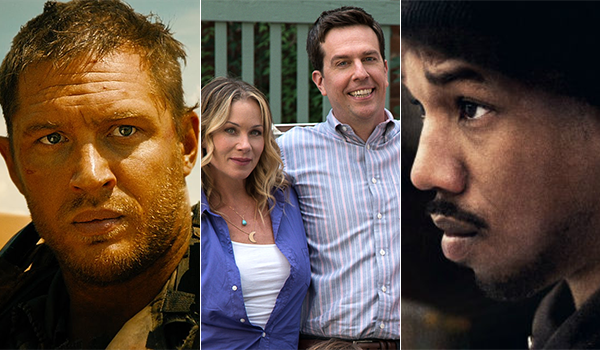 Warner Bros. wrapped up the second day of CinemaCon studio presentations with an impressive slate of previews for the upcoming 2015 releases. Our analysis:

Reese Witherspoon and Sofia Vergara presented a previously released trailer for the upcoming comedy, a female spin on the "buddy cop" movie. The film certainly boasts potential with appeal to women, although we're still conservative about its box office prospects given that it will compete with Pitch Perfect 2 one week later.

Hype continues to build for the long-awaited Mad Max reboot/reimagining, and tonight's presentation of the most recent trailer didn't change the status quo. The question still remains as to whether or not this will capture the attention of mainstream audiences with its kinetic, and somewhat niche appeal, but WB's marketing team has put together a very convincing campaign thus far. Plus, audiences have shown in the past that action films don't have to be conventional for them to take interest in. The potential for a $100 million domestic performer is certainly here, with even potential globally.

Dwayne Johnson is as much the centerpiece of the upcoming disaster flick as the visual effects will be. The latest footage honed in on the flick's core dramatic story centering around Johnson's fictional family, a wise move that should be replicated in further marketing if the studio hopes to make the pic stand out from past disaster flicks.

The hit HBO series is making the leap to the big screen in encouraging fashion so far. With a cornucopia of celebrity cameos, the hope is that the movie could bring in new fans. That being said, it's hard to imagine the film reaching very far beyond its core audience from television. That won't matter, though, with what is presumably a very modest budget compared to other summer movies.

From the director of Remember the Titans, this flick promises plenty of heartfelt, family-friendly drama for all ages. The recently-announced pic is a certain sleeper candidate for the mid-summer schedule.

Channing Tatum and co. introduced the latest trailer for the sequel to 2012's surprise hit, offering up more of what its fans came to love. With an increased sense of tongue-in-cheek sensibility to the comedy surrounding the drama, XXL may or may not quite hit the box office levels of its predecessor, but it certainly looks to draw out plenty of fans over the Independence Day weekend.

WB debuted the first trailer for the continuation of the classic Vacation franchise with Ed Helms and Christina Applegate leading the charge. The first look is extremely promising with plenty of laughs to be had among the CinemaCon crowd, and Helms himself confirmed it will be a "raunchy, R-rated" comedy. With a late summer release in the vein of We're the Millers, we're keeping an eye on this one.

Guy Ritchie returns to period action with this updated version of the television series, and the dynamic between Henry Cavill and Armie Hammer offers a lot of promise. With so much competition for a similar audience later in the summer, it's difficult to tell how well they can capture generations both old and new, but we'll analyze the film's box office potential as release approaches.

We Are Your Friends
August 28

Zac Efron stars in this flick that marries the world of Los Angeles and electronic music. The first trailer definitely sets a fairly unique tone that could appeal strongly young adults and teens, especially with the aid of Efron.

If you've been waiting for a Johnny Depp "comeback", this may be the film for you. The first trailer debuted to strong reception as Depp is about as much of a chameleon in the role of notorious gangster Whitey Bulger as he can probably be at this point in his career. With a similar release positioning of Prisoners, this might be an early awards contender based on director Scott Cooper's confidence through his introduction of the trailer.

Nancy Meyers' latest debuted its first trailer and looks to appeal strongly to her fan base. Anne Hathaway and Robert de Niro headline the dramedy which could make for a great father-daughter night out at the movies. Meyers' success with past films like It's Complicated, Something's Gotta Give, The Holiday, and What Women Want should carry over well here.

Joe Wright's film was just delayed from its summer release to October this week, likely to give it a better chance to compete in the fall season. Enchanting visuals and a strong ensemble cast are huge pros for the latest reinvention of the classic Peter Pan tale, and as we've seen in recent years, October can churn out sizable box office hits. The big question is how much family appeal it will carry just a few weeks after Hotel Transylvania 2 opens.

Yet another franchise reinvention, this time from the acclaimed star and director of Fruitvale Station. Sylvester Stallone himself gave it his stamp of approval both by co-starring in the film and pitching it to the CinemaCon crowd. The themes and atmosphere of Creed are noticeably different from previously Rocky movies, and in a very good. This looks to carry strong appeal with urban crowds and fans of underdog stories in general.

In the Heart of the Sea
December 11

Ron Howard's latest tackles the real life tale that inspired Moby Dick. The film was originally slated to open earlier this year, but was pushed back for stronger potential to compete/perform during awards season. The latest footage backed up that motive. With plenty of visual and dramatic appeal, if Howard strikes a chord here, he and star Chris Hemsworth could have another awards contender.

The first trailer for this remake was intended to display the film's use of practical stunts for the extreme sports central to the characters' stories. Without much star power, it's difficult to say how well the new take will perform in a crowded holiday season, but it's certainly one to watch out for. If they play their cards right, this could be WB's equivalent to the 2001 Fast and the Furious.

Last but certainly not least, the same trailer which debuted online last week was shown to cap off the studio's presentation reel. No surprise, many in the crowd were enthusiastic for the heavily anticipated showdown between two of the most popular comic book characters in history. There's no doubt this will be a blockbuster early in 2016. How big of one remains to be seen when get more than just a tease of where the film's story is heading, but positioning Batman as the "villain" with the first teaser is a very intriguing approach to start the marketing machine.

That wraps up Tuesday coverage for CinemaCon. Check back tomorrow as we break down Disney's and Sony's presentations.