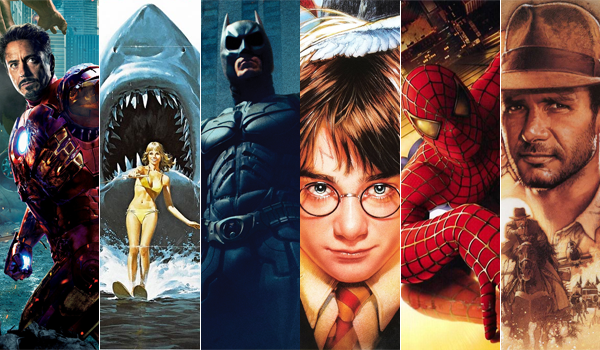 Sunday Update: Let this weekend be a reminder to us all: nothing is ever guaranteed.

Despite three years of anticipation and weeks of mammoth tracking reports, Avengers: Age of Ultron is poised to fall short of the domestic weekend record. There's certainly nothing disappointing in the grand scheme of things as it will claim the *second* best debut of all-time, giving Disney and Marvel the top three openers in history.

As it relates to the story below, this means the first Avengers jumps to third place among the longest-held reigns as weekend champion. The countdown has been updated to reflect as much, while the rest of the story appears as originally published.

Will anything top Avengers over the next 14-17 months, or can it remain the benchmark long enough to eventually overtake Spider-Man and The Lost World: Jurassic Park? The only legitimate contenders in that time frame appear to be Star Wars: The Force Awakens (opening December 18), Batman v Superman: Dawn of Justice (March 25, 2016), and Captain America: Civil War (May 6, 2016).

On paper, Star Wars seems to have a slight edge with the incredible buzz it's already generating from two teasers, but its debut so close to Christmas will probably result in some audiences holding out until after opening weekend (also bearing in mind that no December release has ever cracked $90 million, let alone $200 million).

Dawn of Justice, for all it has going for it, will have a tough time matching the pre-release hype of the The Dark Knight and The Dark Knight Rises since the DC Universe is far less established than Marvel's was before Avengers. It'll be interesting to see how Warner Bros. pushes it next year.

Meanwhile, Civil War will essentially be Avengers 2.5, so word of mouth for Ultron in the coming weeks -- and to a lesser extent, July's Ant-Man -- could have an effect on its upfront business.

Either way, this is still a huge start to summer, and plenty of other massive blockbusters are coming down the pipeline.

Original Story: At the risk of presumption, Avengers: Age of Ultron is about to break the domestic box office opening weekend record.  "By how much?" is an almost superfluous question when anything close to the standing record of 2012's The Avengers ($207.4 million) will and should be viewed as a massive success for Ultron.

Instead, as movie fans and the industry await a momentous beginning to Summer 2015, we decided to take a look back at the five longest- and shortest-tenured films to have carried this trophy throughout modern history.

As a disclaimer, like most records, an endless number of asterisks could be placed next to these. Inflation, 3D and premium screen surcharges, non-Friday releases, expanding theater saturation, and other factors have helped some records stand as long (or not) as they did. Nevertheless, if you're stocking up on geeky box office trivia to share with your friends as you wait in line for Age of Ultron this weekend, this is a good place to start.

A few caveats (including how a few ties were broken) can be found below the two lists. It's worth mentioning that if/when Marvel's latest flick bests its predecessor this weekend, that would end The Avengers' stint at 2 years, 11 months, and 25 days -- just outside the top five longest streaks.

Let's count this down.

The second Indiana Jones flick capitalized on the massive popularity of Raiders of the Lost Ark, plus Harrison Ford fresh off the original Star Wars trilogy's end one year prior. Where most heavyweight tentpole films open in 4,000 or more theaters today, Temple debuted in 1,687 theaters 31 years ago. Adjusting for today's ticket prices, it would have averaged nearly $36,300 per theater. That's in line with most record-breakers, including non-adjusted figures of more recent releases.

Most around the age of 30 and older distinctly remember the pop culture phenom that was Tim Burton's original take on the Caped Crusader. From box office records to toy sales, Batman picked up the big screen comic book torch left behind by Richard Donner's Superman and earned $37,700 per theater when adjusting for inflation. For those wondering, the overall Batman franchise has held more opening weekend records (four in all) than any other series.

Most thought it wouldn't be possible for the Batman franchise to again capture the kind of synergy it did in 1989, but Christopher Nolan's sequel to the genre-redefining Batman Begins did just that. Most notably, Heath Ledger's untimely passing added mystique to what was already becoming his hugely buzzed-about turn as The Joker. As the widest release ever at that point (4,366 theaters), The Dark Knight helped established premium formats like IMAX as the "norm" for tentpole releases.

Marvel didn't just get lucky as the first studio to breach $200 million in a single weekend. They took their time building an on-screen universe for half a decade, and when the key characters enjoyed successful origin stories, Joss Whedon took the reigns and delivered the ultimate *team" origin story with an ensemble of A-list stars. The selling points were big, unique, fresh, and something audiences had never seen. Plus, the marketing team knew exactly how to get the right amount of mileage out of that 360-degree group shot from the film's climax.

One summer after Bryan Singer's X-Men revitalized the superhero genre, Sam Raimi delivered a pitch-perfect origin story for arguably the most enduring character in the Marvel mythos. As the first film to ever crack $100 million in its first three days, Spider-Man had a major hand in the beginning of Hollywood's comic book adaptation era.

Four years after Steven Spielberg conquered the global box office (again) with the 1993 classic, audiences were hungry to go back to "the park". Aside from other challengers in the years following (such as Star Wars: Episode I - The Phantom Menace, which bowed on a Wednesday instead of Friday), The Lost World was the biggest opener of its time and still lays claim to having owned that record longer than any other movie.

The grand finale of the triumphant Harry Potter franchise went out in style, claiming the weekend title, the midnight show record ($43.5 million), and the opening day record ($91.1 million) -- the latter two of which still stand today. Despite fans having been given the published ending of the series from J.K. Rowling four summers before, fans and casual audiences alike were burning with anticipation to see how Harry's on-screen adventure would conclude.

If Steven Spielberg's 1975 breakout Jaws was the original template for the summer blockbuster (it also set an opening record), Jaws 2 was the template for box office rewards that sequels to summer blockbusters could reap. Opening in just 640 theaters nearly 37 years ago, Jaws 2 averaged a stunning $53,500 per screen when adjusting for today's prices.

One technicality here: the 1978 re-issue of Star Wars earned $10.2 million on its "first" weekend in July, thus earning more than Jaws 2, but we're excluding the former since it wasn't the initial run of the movie.

The Potter franchise has the "unfortunate" distinction of claiming two of the shortest record-holding times, but that doesn't detract from either of their accomplishments. In fact, Sorcerer's Stone was the film that finally trounced The Lost World's debut, impressively doing so with a November release (the first non-summer weekend record-holder since 1979's Star Trek: The Motion Picture). Between a combination of box office success and inspiration to a new generation of book readers, Potter has left an indelible mark on the world.

Taking away a two-year title held by Beverly Hills Cop II, the would-be conclusion to the original Indiana Jones trilogy topped its predecessor (Temple of Doom) thanks largely to the goodwill of Spielberg, Ford, and the addition of Sean Connery as our title hero's father. The Last Crusade was the last we'd see of Indy on the big screen for 19 years, and this opening weekend literally rode off into the sunset at a high point in the franchise. However, its benchmark debut was topped a mere three weeks after release by...

The summer of 1989 was massive, folks. The third Indiana Jones, Back to the Future Part II, Lethal Weapon 2, and of course, Ghostbusters II spearheaded some of the top openings that year. The latter's early success was built up by five years of waiting after the original film became the second-highest grossing movie of 1984 (just $5.5 million behind the first Beverly Hills Cop). As fate would have it, this was the summer that amazingly saw three films break the opening weekend record -- all within four weeks of each other. Ghostbusters II's tenure was the shortest of the bunch -- and of all-time -- as it was ended by the juggernaut that became Tim Burton's Batman later in the month.

Since daily box office numbers are sketchy prior to a certain point, we're counting by the end of the weekend for each title (not the exact day on which records were broken, which would vary by only 1 or 2 days anyway). Additionally, re-issues and expansions are excluded, while ties favor newer releases.