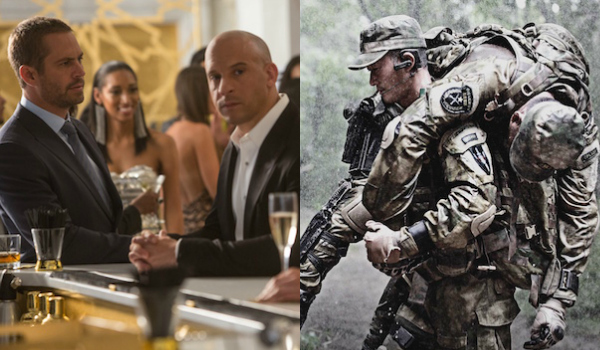 China's box office took in $671 million this April, a 126.2% increase over April 2014, largely thanks to Furious 7 which accounted for more than half of that total. There were also 112.65 million admissions, up 120.88% from last April, and the number of screenings increased by 34.44% year-on-year to 4.13 million. In years past, April had been seen as an off-month for the Chinese film industry, but this year the box office nearly matched February's $660.48 million, a peak cinema-going period due to Chinese New Year. Again, this is mostly owed to Furious 7, and along with Kingsman: The Secret Service, and Home, imported movies accounted for 63% of April's box office.

The top ten films for April can be found below with data from China's EntGroup. 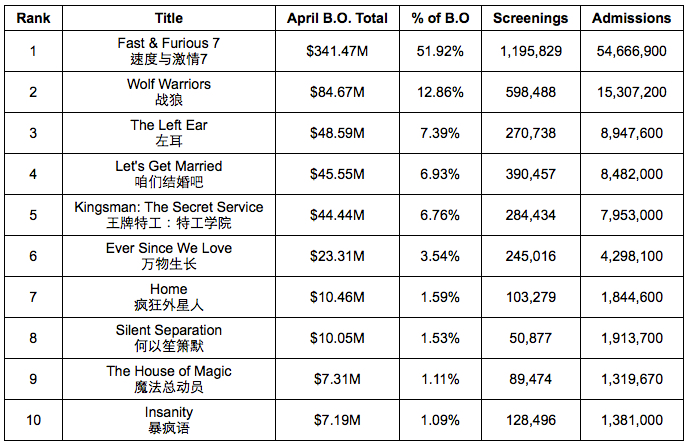