One Year From Now: Can 'Captain America: Civil War' Join the $1 Billion Club? 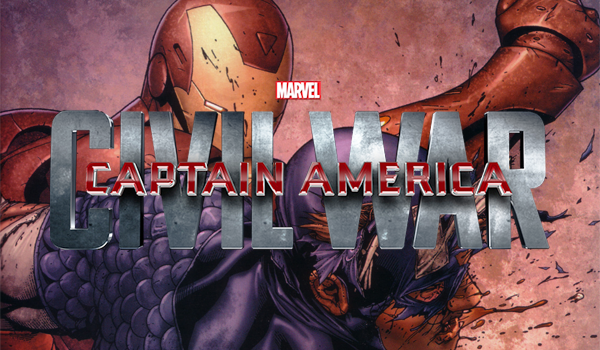 Whilst Avengers: Age of Ultron is sitting pretty atop its mountain of global box office earnings, Wednesday marks exactly one year before Captain America: Civil War hits theaters on May 6, 2016.

Following Ant-Man later this summer, the next Captain installment will be Marvel Studios' 13th chapter in their beloved cinematic universe. Could it mark the fifth consecutive year a Marvel flick claims the domestic summer box office throne, and join the $1 billion global club in the process?

There's a touch of irony to the potential of Civil War. As a superhero, the Captain was at one time presumed to have the weakest lucrative outlook because of a perception that the world wouldn't connect to such a patriotic hero in a decidedly mixed cultural and political climate for America. Of course, this was before The First Avenger released to solid reviews, word of mouth, and box office returns in 2011 -- laying the final brick in Marvel's lead up to the first Avengers.

Last year's Winter Soldier was met with fantastic word of mouth, and nearly doubled First Avenger's global box office take ($715 million from $371 million -- that's more than just market expansion). Now that audiences have gained an appreciation for Chris Evans' Steve Rogers, his proud alias, and what he stands for, the Captain America series has earned the role of carrying the MCU flag between Avengers movies now that Iron Man is, for the time being, on ice.

One growing "criticism" of Marvel flicks is the strict adherence to formula. This is nearly unavoidable when you're churning out an average of two films per year, but "The Cap" has managed to stand out. First Avenger was a nostalgic throwback to wartime stories with an ending that dared leave our hero more lost and out of place than any MCU film has ever since. Winter Soldier followed that by not just pushing forward Steve's story in the modern world, but by shaking up the entire Marvel mythos with the plot-twisty collapse of S.H.I.E.L.D. -- ultimately becoming one of the most well-received Marvel films up to this point.

Civil War is poised to continue that tradition of providing the MCU its next major evolution.

The story arc on which it's loosely based is one of the most popular among Marvel fans, and was a watershed moment in the history of comic books. Pitting heroes against heroes on a massive epic scale is ripe with dramatic potential and, incidentally, was a major strength of the first Avengers' narrative.

Civil War promises to deliver on the well-established beef between Rogers and Robert Downey, Jr.'s Tony Stark, the de facto leaders of the Avengers, when the world's governments impose regulation on all superhero activity in the wake of Age of Ultron's events. This forces other heroes to take a side as allies become enemies -- and *that* is an interesting dynamic audiences should be keen on watching play out because both sides of the ensuing conflict will be supported by deeply rooted character empathy that just isn't found in most villains (Tom Hiddleston's Loki being the closest exception). Whatever the outcome is, you can bet it will have ripples throughout virtually all of Marvel's following films.

It's also confirmed that the new Peter Parker/Spider-Man will be introduced in this film. Despite that franchise's troubles in recent years, he'll be a major drawing factor if he's provided more than just a cameo. Marvel's ability to finally have creative input into that franchise (whose rights are still owned by Sony) is just the saving grace Spidey needs right now, and it will finally place one of the most popular comic book characters of any generation into the heart of Marvel's mighty universe.

Filming has only just begun, but on paper, Captain America: Civil War may already have a leg up on Summer 2016's contenders for the box office crown. That's not to say they don't have strong arsenals of their own, though: Paramount's Star Trek 3 will be taking advantage of that franchise's 50th anniversary, Fox's X-Men: Apocalypse will cap off a (thus far) well-received trilogy in epic fashion under the guidance of Bryan Singer, Sony has high hopes for its star-studded and female-driven Ghostbusters revival, while Disney itself has another contender in Pixar's long-awaited Finding Dory.

We'll discuss those and more films in the months ahead as part of our continued early glimpses into the box office future.