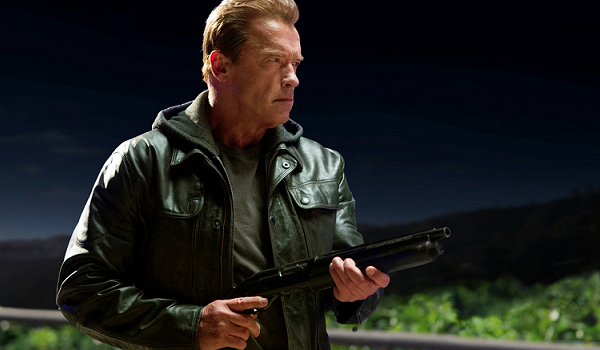 LOS ANGELES (May 22, 2015) - Fandango, the nation's leading digital destination for moviegoers and fans, announced that advance tickets are now on sale for "Terminator Genisys," one of the summer's most anticipated blockbusters from Paramount Pictures and Skydance Productions, a full six weeks before the action-adventure's release date on July 1.

To celebrate the launch of advance tickets on sale, fans who purchase "Terminator Genysis" tickets on Fandango (between now and July 13) will be automatically entered into Fandango's Terminator Genisys 3D Printer Sweepstakes for a chance to win a MakerBot Desktop 3D Printer.

"The ‘Terminator' series has proven to be one of the most popular action franchises in film history," says Fandango Chief Correspondent Dave Karger. "With the return of Arnold Schwarzenegger in a leading role, ‘Terminator Genisys' has fans of all ages excited for what will surely be a thrilling film."

Fandango, the nation's leading moviegoer destination, sells tickets to more than 26,000 screens nationwide. Fandango entertains and informs consumers with reviews, commentary, celebrity interviews and trailers, and offers the ability to quickly select a film, plan where and when to see it, and conveniently buy tickets in advance. For many theaters, fans can print their tickets at home or receive them as a paperless Mobile Ticket on their smartphones. Fandango's top-ranking movie ticketing apps, with 46 million downloads, are available on the iPhone and iPad, Android, and many other platforms. Fandango is enjoyed by more than 36 million online and mobile visitors each month, according to comScore. Film fans also find Fandango on Facebook at www.facebook.com/fandango and on Twitter @Fandango.

About MakerBot
MakerBot, a subsidiary of Stratasys Ltd. (Nasdaq:SSYS), is leading the Next Industrial Revolution by setting the standards in reliable and affordable desktop 3D printing. Founded in 2009, MakerBot has built the largest installed base of desktop 3D printers sold to innovative and industry-leading customers worldwide, including engineers, architects, designers, educators and consumers. To learn more about MakerBot, visit makerbot.com .