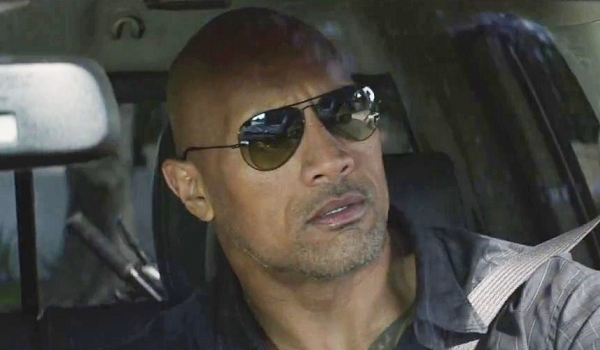 LOS ANGELES - May 28, 2015 - According to Fandango, the nation's leading digital destination for moviegoers and fans with more than 36 million unique visitors per month*, "San Andreas" is ready to give audiences a jolt as the weekend's #1 ticket-seller, shaking up 84 out of 100 points on Fanticipation, Fandango's movie buzz indicator. "San Andreas" is outselling Dwayne Johnson's action-adventure vehicle, "Hercules," and director Brad Peyton's previous film with Johnson, "Journey 2: The Mysterious Island," at the same point in the Fandango sales cycle.

"It's been a while since Hollywood has delivered a top-flight disaster movie," says Fandango Chief Correspondent Dave Karger, "and with Dwayne Johnson leading the cast, ‘San Andreas' is giving a summer jolt to moviegoers, delivering on star power and jaw-dropping special effects."

According to a survey of more than 1,000 "San Andreas" ticket-buyers on Fandango:
* 77% are fans of The Rock's action-adventure movies;
* 76% are looking forward to the film's spectacular CGI effects;
* 73% are fans of disaster movies like "Armageddon" and "The Day After Tomorrow;"
* 65% are interested in the film's focus on a family's struggle to survive and reunite.

On Fandango's movie recommendation show, "Weekend Ticket," Karger interviews "San Andreas" star Dwayne Johnson. "If you're easily spooked by natural disasters, then you're perfect for this movie," teases Johnson. "It allows you to experience it on a grand scale and you get to walk out. If you have those fears, go for it." The full episode can be found at http://www.fandango.com/WeekendTicket.

With "San Andreas" opening this week, Fandango Movieclips is hosting The Ultimate The Rock Mashup, while Fandango is unveiling an exclusive infographic of "Iconic Landmarks Destroyed in the Movies," from the Statue of Liberty in "Cloverfield" to the shifting Golden Gate Bridge in "X-Men: The Last Stand."