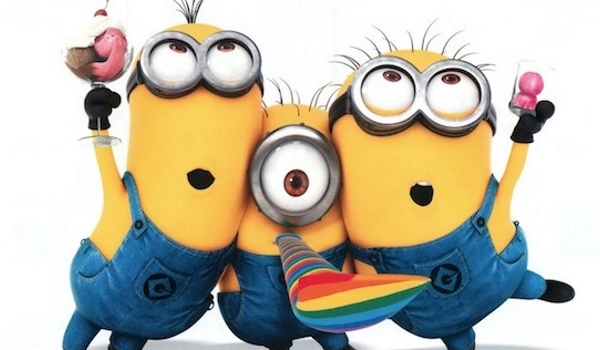 Monday Morning Update: Minions took over atop the weekly Facebook leaderboard for the first time in over three months this past week as they rose 176,387 likes. The marketing campaign has started TV spots in some markets which is likely one of the biggest factors for the surge. I spoke at length about this film earlier this year as it was consistently dominating Facebook and Twitter after the release of its first trailers. Nothing has changed that early opinion and it should be a contender for one of the top 5 grossing films on the year.

Spots two through four of the top five were occupied by other Summer films with the marketing wheels turning hard - Jurassic World, Ted 2 and Insidious: Chapter 3. No real surprises here for these films as they all had sub-2% increases for their massive Facebook like bases. They each look to be winners though to different degrees. I still have questions about Ted 2 and wonder if lightning can strike twice for the Thunder-Buddies but i'll give it to benefit of the doubt given its huge like count.

Maze Runner held onto a top five spot barely as the buzz wave from its first trailer wanes. Next week it will be long gone from the top five unless some new news surfaces. Unlike Insurgent (which had trouble building on the Facebook and Twitter buzz from its first film), Maze Runner is really expanding far beyond the footprint its first film left. This spells positive signs for its potential in September.