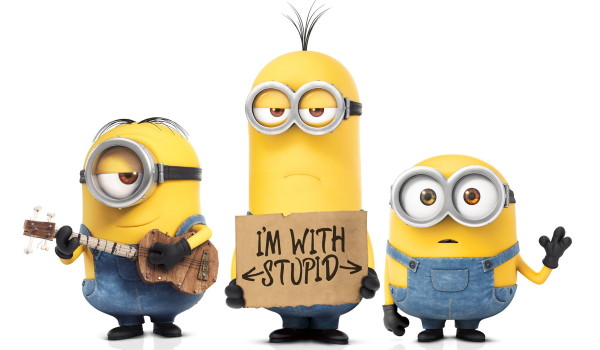 Monday Evening Update: Minions repeated atop the weekly like board this past week with a net gain of 74,589 likes. It was one of the lowest totals of the year to lead the weekly leaderboard as no big new trailers or announcements dropped to speak of.

It was a close fight for the top as Paper Towns finished just 51 tweets behind Minions. The film has remained off the radar for much of the last couple months after it saw some hefty bumps thanks to earlier trailers. The main comparison here I'm looking at is The Fault In Our Stars which had around 1.5 million likes six weeks prior to its release. Even with an opening of half Stars (~$25 million) you would have to think that the studio would be happy considering the lack of star power and undoubtedly small budget.

Third place was only 2,000 likes away from top spot as Ted 2 continued to have a strong run on Facebook. At 21.6 million likes it is second only to Minions amongst upcoming films which we are tracking, yes even ahead of titans such as Star Wars and Hunger Games. That's the good news. If we look a little closer we can see its actually only seen a 600k like increase in 2015 which puts it not even in the top 15 on the year so far. It still has a few weeks left to release and considering that the original made over $500 million worldwide this is going to do well regardless of how the critics respond but whether it can match the heights of the first remain to be seen.

Inside Out made its first appearance in the top 5, barely, as it rose to just over 200k likes. With just a week and a bit till release this is really flying under the radar. Early buzz has been overwhelmingly positive and with it appealing primarily to a younger non-Facebook demographic these lower numbers don't necessarily mean anything bad. By comparison, Big Hero 6 had a very similar ~240k likes the same distance before release. I expect a solid opening and great legs into the Summer for the film.