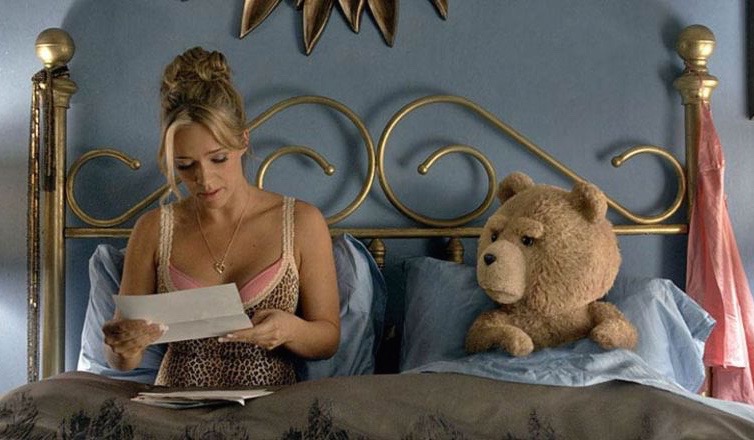 You've worked with Seth MacFarlane long enough to be able to consider both of you frequent collaborators. How did your working relationship start with the first Ted film?

This will be our third film and we've also worked on a television series together. I'd been pitched the original Ted a couple of years before it was made. [Seth McFarlane] had a very clear vision of how he saw the teddy bear; he wanted the movements to resemble the physical movements of a person as opposed to the type of Pixar style animation. It was difficult to figure out how to create that concept in an R-rated comedy because these movies aren't really the most expensive movies to make. As a producer, I read every draft of the screenplay, and my lasting impression with Ted was laughing out loud even after reading the same joke for the tenth time. I connected in a very big way with the
humor and I'm a huge fan of Family Guy, so it was truly an honor to work with Seth.

The two of you have also worked together for television.

My collaboration with Seth grew from that experience and we made A Million Ways to Die in the West and now Ted 2. Along the way, I was introduced to Ann Druyan, Carl Sagan's widow, and exposed to the chance of rebooting Cosmos on TV. I have a son who studies physics in college and I've always been a bit of a science geek, but to be exposed at that level...I jumped in with both feet and Seth had our back all along the way. I'm thrilled to have had the opportunity to work with him in these three films and television series.

What was the hardest part of getting the first Ted film off the ground? 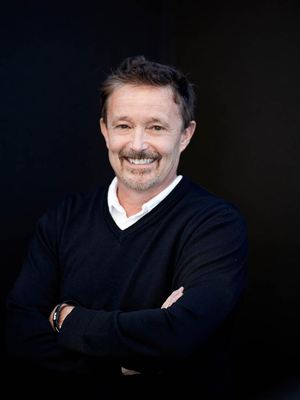 Our challenge was to create Ted within our budget and our schedule while still allowing for the opportunity of improvisational acting between the CGI character and the actors. We came up with a way where Seth could record his dialogue in the exact same environment while directing the movie, eye-line pulls and reference materials that were easy to capture and didn't slow down the production team or the actors and a way where Seth could wear the motion capture system without requiring a volume to surround him in. The result was that we were able to capture his subtle performance reactions, the physicality to the lines, and it made the humor come to life because it was captured at the moment with the other actors reacting. I think it was a big plus in creating the kind of vitality and energy required by comedy. We found a couple of great animation houses, a bit off-the-beaten-path. We had to match the CGI with the teddy bear we'd designed, so these two separate animation houses in two different continents helped us bring that to life.

Ted ended up being a tremendous box office hit, including more than $330 million overseas. What was that experience like and what do you think contributed to the film's global success?

It was nothing short of thrilling. If you read a script ten times and you're still laughing out loud, you hope you're not just dumb or crazy - a lot of people embraced. I think it's a testament to the pairing of Mark Wahlberg and Seth's performance as Ted, the writing, the idea of taking a Pixar movie -what if your teddy bear came to life?- and flipping it on its head twenty years later. When we set out to do it, our concept was to create a world in which everything feels familiar. People react to Ted in the same way people react to The Muppets, they don't go "Oh my god, there's a talking frog!" -it's just a guy. I produced the two Stuart Little movies and have been involved in CGI character creation before and have been on the pioneering end of these type of movie ideas, as was the case with Monster House as well. The chance to apply that experience to an R-rated comedy, which is something I gravitate towards, at a price point that made the movie go, was a huge opportunity. Then to have people embrace it, to treat it as a character movie and not an effects movie, it was an awesome experience.

What can we expect from Ted 2?

Whenever you do a sequel, it's hard to recapture the novel aspects of the original. What you really have to do is try to develop a story that captures the relationship of the characters in a way that feels like the relationship has moves forward. I think this film really accomplishes something with heart and humor that feels very original and the right evolution of the characters' story. I think that's what you want to try to accomplish in a sequel: come up with enough invention to keep it fresh.