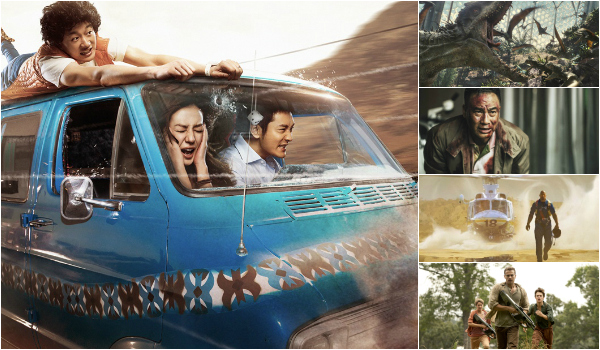 Producer Justin Lin (Fast & Furious 3-6) and three of China's biggest movie stars couldn't save a tepid domestic box office as Hollywood Adventures (横冲直撞好莱坞) opened to an underwhelming $27 million this weekend from ~150,000 screenings. Co-financed by Lin's Perfect Storm Entertainment, Bruno Wu's Seven Stars Media Group, and Beijing Enlight Pictures, Hollywood Adventures had been predicted to easily make back its estimated budget of $30 million, but very poor word of mouth slowed the film down right out of the gate. Users from China's top three film rating aggregators, Mtime, Weibo, and Douban, gave Hollywood scores of 5.5, 6.8, and 4.9 respectively with many complaining about the film's clichéd plot and awkward humor.

The disappointing opening led an overall sluggish week at China's box office with Monday-Sunday receipts totaling just ￥750 million ($121 million), a 16% slide from the corresponding frame last year. SARFT (The State Administration of Radio, Film and TV) had hoped to start off its domestic protection month with a bang, but it will have to wait and see if next week's crop of local fare can kickstart the engine.

In second place this weekend, Universal's Jurassic World fell 60% from last weekend, earning $15.7 million from ~75,000 screenings. The global blockbuster has earned $202.3 million from China and became the third Hollywood movie in three months to top $200 million after Furious 7 in April and Avengers: Age of Ultron in May.

Two Hollywood holdovers round out the top 5 this weekend with San Andreas jumping up a spot from last weekend to grab $2.8 million from ~14,000 screenings. The disaster film dropped just 29% and will cross the century mark on Monday or Tuesday, a milestone that seemed out of reach a few weeks ago. Conversely, The Divergent Series: Insurgent tumbled 80%, grossing $1.8 million from ~16,000 showtimes. However, its $15.8 million 10-day total has surpassed the first installment and indicates a growing audience for American YA films in China.