Chris Dodd: Where You Watch Matters 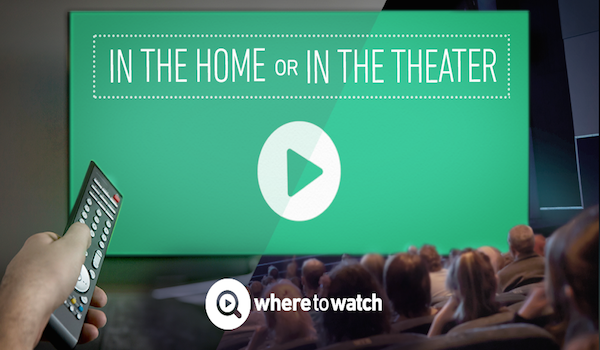 Movies have been entertaining, enlightening, inspiring, and setting audiences' imaginations free for well over a century now. And while there are now more than 450 online services around the world offering consumers access to legitimate movies and TV shows, the cinema-going experience continues to remain the bedrock of the film industry. This year's box office is already setting records, and with plenty of highly anticipated releases still looming on the horizon, 2015 is shaping up to be an all-time best.

Warner Bros.' American Sniper, Universal's Focus Features' Fifty Shades of Grey, and Universal's Furious 7 have already taken this year's box office by storm. Others like Disney's Cinderella and Paramount's SpongeBob Squarepants brought families into theaters around the world. And Disney's The Avengers: Age of Ultron hit the $1 billion mark not long after its release. And we still have long-awaited films like Disney's Ant-Man, Universal's Minions, Fox's Fantastic Four, Paramount's Mission: Impossible-Rogue Nation, and Sony's Pixels waiting to make their way into cinemas. Followed, of course, by Disney and Lucasfilm's Star Wars: The Force Awakens this December.

But as much as we enjoy watching these great adventures unfold, it is important to remember the countless people whose hard work, time, dedication, and energy went into creating them. That includes everyone from the caterers, costume designers, hair and makeup artists, carpenters, lighting designers, and truck drivers working on set to the folks in local cinemas working the ticket and concessions counters and creating a memorable and unique theater-going experience. All told, more than 1.9 million Americans go to work every day in a job that depends, either directly or indirectly, on the motion picture industry. Yet, far too many of these people and their contributions get overlooked. At the Motion Picture Association of America we have worked to change that by shining a light on these remarkable, hardworking members of the motion picture industry through a series of short films we like to call I Make Movies. Available online and in participating theaters, these vignettes each highlight one of the many men and women working behind the scenes to bring these incredible movies to life.

These short videos are part of our larger effort to make the case that it matters where people watch movies-particularly to the folks who make up the overwhelming majority of this industry but who will never walk a red carpet or appear on the cover of a magazine. That is also why we at the MPAA also created WhereToWatch.com-our one-stop shop, guiding your audiences to content quickly, simply, and-most importantly-legally, whether in their local theater or on one of the vast array of streaming services available today. These efforts are an important recognition of the need of the motion picture industry to continue evolving in the digital age to meet the demands of our consumers while seeking to protect 1.9 million industry workers against those who would seek to steal and profit from their labor. Creators and exhibitors of film have enjoyed a long-standing partnership in the fight against piracy, and these recent efforts are just some of the ways we are continuing to work together to protect movies and the people who create them.

If you are interested in showing these short I Make Movies videos in your theaters, please reach out to Sam Newton at sam_newton@mpaa.org, and we can work with you to provide them in the correct format.