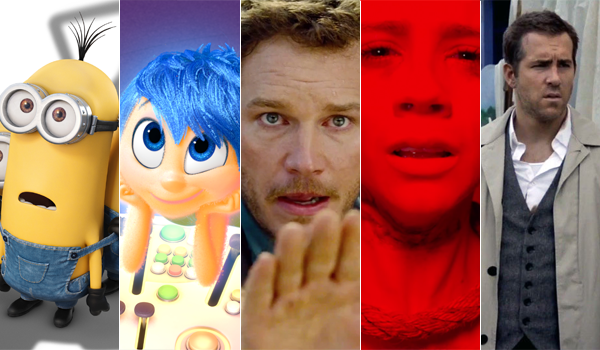 Universal reports that Minions tacked on another $11.505 million on Wednesday, giving the blockbuster prequel a six-day domestic total of $157.01 million. That puts the animated flick 2 percent ahead of where Despicable Me 2 stood at the same point in release two summers ago.

In second place, Inside Out was off 49 percent from last Wednesday to $2.58 million yesterday. Pixar's latest smash hit has tallied $292.5 million domestically through 27 days of play -- putting it 25 percent ahead of the pace of Up, whose final $293 million domestic gross will be surpassed by Inside Out on Thursday.

Jurassic World was off 41 percent from last week to $2.2 million on Wednesday. That gives the mega blockbuster a domestic take of $597.8 million, 7 percent more than Marvel's The Avengers earned through the same point in release.

Filling out the top five, Magic Mike XXL took in $1.48 million yesterday, off 46 percent from last Wednesday. Its 15-day haul stands at $52.9 million.

Tags: Jurassic World, Inside Out, Self/Less, Minions, The Gallows, north-america