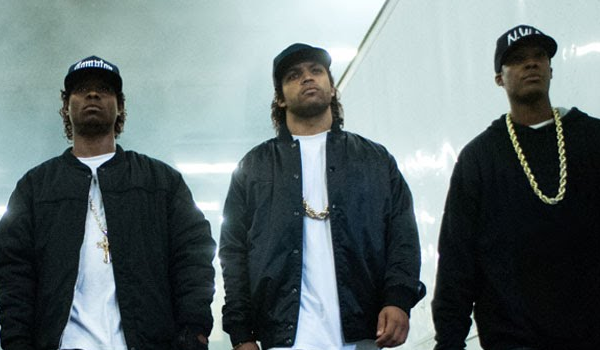 The N.W.A. biopic is outselling previous biopics including "42," "Jersey Boys," and "The Butler" (released in August 2013) at the same point in the Fandango sales cycle.

According to a survey of more than 1,000 "Compton" moviegoers on Fandango:
95% say the film's themes and story line are relevant today;

"Both 'Straight Outta Compton' and 'The Man from U.N.C.L.E.‘ are bursting with the kind of stylized energy that audiences are thirsting for in a fun summer movie," says Fandango Managing Editor Erik Davis. "Advance buzz on 'Straight Outta Compton' is already very strong, with audiences raving about the film's young ensemble cast -- most notably Jason Mitchell as Eazy-E, who may draw awards consideration for the role. It's hip, heartfelt, and very of-the-moment."

Timed to this week's release of "Straight Outta Compton," Fandango is launching an exclusive series of four shareable fan art posters inspired by the movie at http://www.fandango.com/movie-news/exclusive-straight-outta-compton-movie-posters-749614