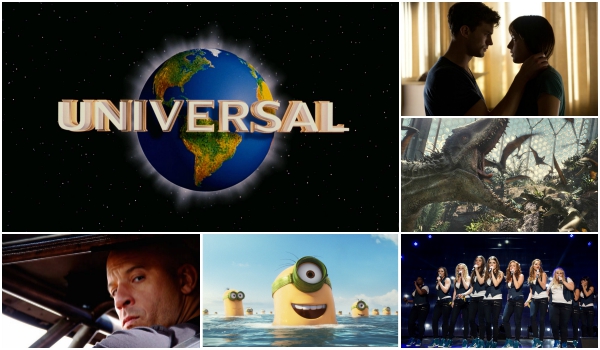 “2015 continues to be an outstanding year for Universal, and we are very proud of the overwhelming success we have had at the international box office,” said Clark.  “There are countless people who contribute to this level of success. First and foremost our studio executive ranks, led by Jeff Shell and Donna Langley, then of course our filmmakers and talent.  This record-breaking milestone is also a testament to the tireless work of those invaluable team members at our head offices in Los Angeles and London as well as those in our operating companies, joint ventures and local distributors around the world.  With nine titles on our main slate still awaiting release, we are excited at what the remainder of the year has to offer.”

Some 2015 international highlights to date include:

·         Universal has had four No. 1 worldwide openings, and has been No. 1 at the international box office for 10 weeks, more than any other studio.

·         Universal Pictures has set records for the fastest a studio has ever reached $2 billion and $3 billion at the international box office.

·         Jurassic World had the biggest opening weekend of all time internationally, domestically and worldwide, opening No. 1 in 69 territories where the film was released.  It was the fastest film to reach $1 billion worldwide after only 13 days of release and is currently the third-highest-grossing film worldwide ever, behind only Avatar and Titanic.

Universal continues to charge ahead with an outstanding 2015 slate, including Straight Outta Compton, which opened in Slovenia and Norway last week, the astonishing story of the meteoric rise and fall of N.W.A, which is directed by F. Gary Gray; The Visit, the original new thriller from writer/director/producer M. Night Shyamalan in which he returns to the genre that launched his career; Everest, an epic adventure from Universal, Working Title, Cross Creek and Walden Media, inspired by the incredible events surrounding an attempt to reach the summit of the world’s highest mountain that is directed by Baltasar Kormákur; Steve Jobs, the drama from Oscar®-winning director Danny Boyle and Oscar®-winning writer Aaron Sorkin; Crimson Peak, the gothic romance from Legendary directed by Guillermo del Toro; By the Sea, the new drama from writer/director/producer Angelina Jolie Pitt, starring Brad Pitt and Jolie Pitt; andKrampus, the horror-comedy from Legendary.