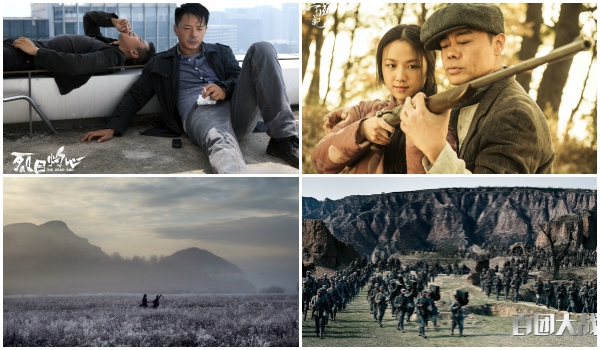 In a crowded field of ten new releases this weekend, four films have the potential to make a dent at the box office, but none will challenge Terminator: Genisys for the top spot.

September 3rd marks the 70th Anniversary of the Allied victory over Japan in World War II and China is commemorating the event as a national holiday complete with a grand military parade in Beijing's Tiananmen Square. Several military themed films are also being released to coincide with the anniversary of China's victory in "The War of Resistance Against Japanese Aggression" or "The World Anti-Fascist War" as WWII is known in Chinese.

The Hundred Regiments Offensive (百团大战) is well known in Red China history and the famous 1940 battle between CCP and Japanese forces is getting a big screen recreation in cooperation with state-run Bayi Film Studio (八一电影制片厂). The film's core audience will be Communist Party officials so we expect high attendance rates the first few days due to group sales. Although comparisons with The Founding of the Republic (建国大业) which commemorated the 60th anniversary of PRC's establishment are easy in terms of Communist patting-on-the-back, this film doesn't feature the same star power and won't come close to matching its $63 million total.

Also set during World War II, Tale of Three Cities (三城记) is a love story spanning three cities over the course of the war. Hong Kong actor Sean Lau (Overheard -$48.25M) and Tang Wei (Finding Mr. Right - $81.38M) play a couple who fall in love in Anhui Province, are torn apart in Shanghai, and are finally reunited in Hong Kong. While the cast certainly has the power to rally supporters, the wartime epic love story has limited box office appeal. Look for this one to gross less than $5 million total.

Taiwanese master craftsman Hou (Flight of the Red Balloon) brought home the Best Director Award from this year's Cannes Film Festival for The Assassin, a film that took him nearly ten years to finish. Fans of high-octane kung fu swordplay should sit this one out however, as The Assassin's slow-moving and ambiguous plot are more in line with literary style than with the usual genre expectations. The Assassin will have its US premiere at this year's New York Film Festival and has been picked up by Well Go for stateside distribution.

This weekend's most anticipated release in terms of awareness and intent to purchase according to EntGroup's EFMT Index, The Dead End follows three men as the law finally catches up with them 7 years after committing and getting away with a horrific crime. Now laying low in seaside Xiamen - Xin Xiaofeng (Deng Chao), an auxiliary police detective and Yang Zidao (Guo Tao), a taxi driver (a third accomplice was mostly edited out due to actor Gao Hu's drug arrest) - the men are secretly looking after the daughter of their victim as a personal act of redemption. But when Xin's new boss Yi Guchun (Duan Yihong) grows suspicious, it looks like their gig is up.

Cao Boaping took the Best Director Award and the trio of performers jointly won the Best Actor Award at this year's Shanghai International Film Festival. Based on the impressive cast and its strong preview screenings this past weekend ($0.71M), we think The Dead End will be the only newcomer to crack the top three this frame and the crime drama has the potential to end its run around $40M.