Fandango: 'The Hunger Games: Mockingjay - Part 2' Picked By Fans as Most Anticipated Movie of the Fall 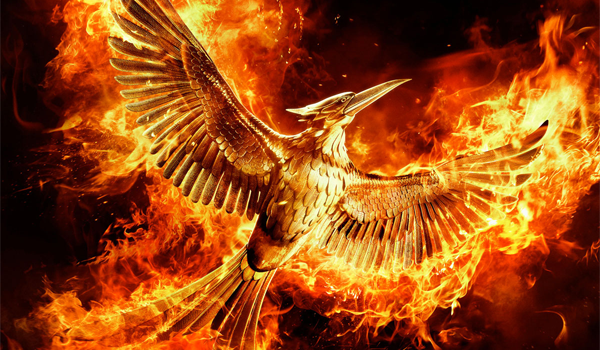 LOS ANGELES - September 3, 2015 -- Fandango, the nation's leading digital destination for moviegoers and fans visited by 36 million unique visitors per month, today revealed the results of its Most Anticipated Fall Movie Survey, in which "The Hunger Games: Mockingjay - Part 2" (opening November 20) was voted as the most anticipated fall movie. For a third consecutive year, a "Hunger Games" movie was voted by Fandango ticket-buyers as the top film in this autumn poll (previous winners were "Catching Fire" in 2013 and "Mockingjay - Part 1" in 2014).

Posted online during the last week of August, Fandango's Fall Movie Survey polled more than 1,000 moviegoers on the films they're most excited to see on the big screen in the months from September through November.

"Fall is the time of year when Hollywood brings out its more serious fare," says Fandango Chief Correspondent Dave Karger, "and this is one of the busiest fall seasons in memory. ‘The Hunger Games: Mockingjay - Part 2' is the movie ticket-buyers are anticipating most, thanks to the overwhelming momentum and excitement the franchise has built up over the last three years. Fandango fans can't wait to see how Jennifer Lawrence and crew bring the end of the saga to life on the big screen."

According to Fandango moviegoers, below are the top autumn picks:

Actress in a Fall Movie Most Likely to Get an Oscar Nod:

Fandango's Need-to-See Fall Movie Preview can be found at: Fandango.com/FallMovieGuide

About Fandango
Fandango, the nation's leading moviegoer destination, sells tickets to more than 26,000 screens nationwide. Fandango entertains and informs consumers with reviews, commentary, celebrity interviews and trailers, and offers the ability to quickly select a film, plan where and when to see it, and conveniently buy tickets in advance. For many theaters, fans can print their tickets at home or receive them as a paperless Mobile Ticket on their smartphones. Fandango's top-ranking movie ticketing apps, with 46 million downloads, are available on the iPhone and iPad, Android, and many other platforms. Fandango is enjoyed by more than 36 million online and mobile visitors each month, according to comScore. Film fans also find Fandango on Facebook at www.facebook.com/fandango and on Twitter @Fandango.