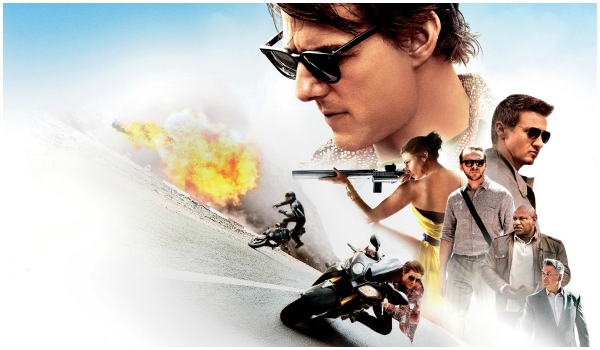 Co-stars Tom Cruise, Rebecca Ferguson, and director Christopher McQuarrie have been making the rounds in China this past week, stopping in Shanghai for the premiere of Mission: Impossible - Rogue Nation and meeting Alibaba’s CEO Jack Ma, one of the richest men in China as well as the man behind Rogue Nation’s probable $200M+ run in the Middle Kingdom. Ma’s newly formed Alibaba Pictures not only invested an undisclosed sum in the fifth franchise of the popular Mission: Impossible franchise, but also partnered with Paramount Pictures to throw the full force of Alibaba’s horizontal and vertical integration behind the film through marketing, online ticketing, and merchandising.

As of this writing, Mission: Impossible - Rogue Nation has earned an estimated $18.5 million on Tuesday, making it the second biggest opening day for a 2D film behind this summer’s local hit Jianbing Man. Rogue Nation premiered on more than half of China’s 26,000 screens and accounted for 90% of Tuesday’s box office total. Despite several local films also opening this week, Rogue Nation has the highest levels of awareness, intent to purchase, and word of mouth of any new release according to EntGroup’s EFMT Index. We believe it will have a long and healthy run thanks to Alibaba Pictures’ push and significantly outgross Ghost Protocol’s $106 million. Universal’s global behemoth Minions opens up next Sunday, but we believe both movies can co-exist in the Chinese marketplace. Additional details on Minions will be provided in next week’s preview.